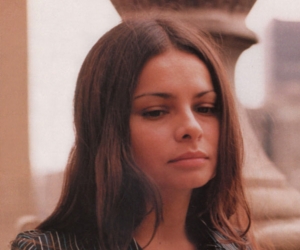 Mazzy Star have announced the worldwide release of their eagerly anticipated fourth studio album, Seasons Of Your Day on September 24th, 2013.

Co-written by Hope Sandoval and David Roback, Seasons Of Your Day was recorded in California and Norway. The album features performances by all the original members of Mazzy Star along with special guests including Colm O’Ciosoig (My Bloody Valentine) and a special appearance by the late, legendary Bert Jansch in a guitar duet of chilling intensity with David Roback on the song “Spoon”.

Seasons Of Your Day was produced by David Roback and Hope Sandoval. The album is being released on their own label, Rhymes Of An Hour Records, distributed through INgrooves. Formats will include CD, 180g vinyl double LP, and digital download.

Mazzy Star will release a video for the song “California” next month. The band performed a series of concerts in 2012 and will be announcing new North American and European tour dates for the fall of 2013.

4. Does Someone Have Your Baby Now

6. Seasons Of Your Day