May 29th is “The Specials Day” 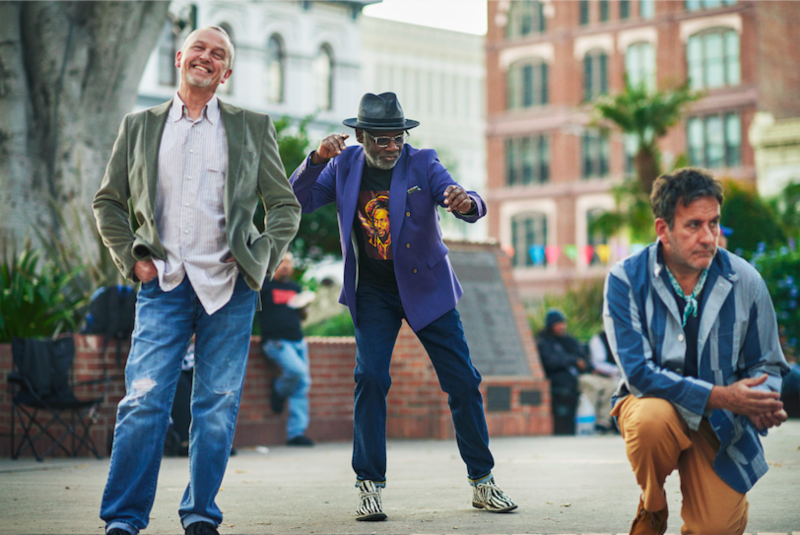 Los Angeles has declared Wednesday, May 29th “The Specials Day” in Los Angeles, California. Councilwoman Monica Rodriguez introduced the resolution, which includes an official commemorative certificate presentation at City Hall. Everyone’s favourite ska band will be in Southern California as part of a North American tour in support of their new album “Encore” – the first new music the band have released together since 1980.

The Specials formed in Coventry, England in 1977 and released two albums “The Specials” (1979) and “More Specials” (1980), quickly becoming one of Britain’s most successful bands and bringing them to international attention. They released a string of hit singles, including “Gangsters”, “Ghost Town”,”A Message To You, Rudy”, “Too Much Too Young” and “Rat Race”. The Specials’ message of racial harmony was integral to their music. The band formed out of a youthful sense of anger and injustice during a time of high unemployment in the UK and a rise in neo-facist skinhead groups of the punk era. Along with fellow UK bands like The Clash – with whom they toured in 1978 – The Specials stood squarely in the opposing corner, as very vocal proponents of anti-racist organizations like the Anti-Nazi League and Rock Against Racism. They infused ska with punk, homegrown political anxiety with wider issues and their success spawned its own genre and attendant youth cult. Through their music – in their reworking of reggae classics, with their lyrics of unity, and with their black-and-white checkered pattern logo that was symbolic of the multiracial makeup of the band – they promoted multi-cultural harmony at a time of rising racial tension.

“The Specials Day” declaration is a new chapter in The Specials’ long love affair with the City of Los Angeles. The band first played in the city in 1979 and has enjoyed a loyal and dedicated following ever since. Los Angeles’ deep affection for The Specials is seen in the multiple ska revival nights that take place in clubs and bars around the city every week; where rude boys and girls come together to skank to the band’s recordings. The Specials’ monochrome Walt Jabsco logo and their original Two Tone record label checkered flag has been a ubiquitous sight on the shirts and buttons of music fans at concerts around the city for decades.

“The Specials’ legacy is emblematic of the strength derived from our diversity here in Los Angeles,” said Councilwoman Monica Rodriguez.”Their music is an example that embracing our differences and uniqueness makes us more powerful.”

The Specials’ founding members Terry Hall, Lynval Golding and Horace Panter will attend the commemorative certificate presentation at City Hall on May 29th. The presentation is open to the public and will be broadcast at 10am PST in Los Angeles on LA CityView Channel 35 and live streamed via LACity.org and socials via Facebook.

In accepting the invitation from the LA City Council The Specials said, “We’re delighted to have May 29th named “The Specials Day” in Los Angeles. We love the city and have found Angelenos to be some of the warmest and most enthusiastic audiences in the world. We love spending time there and have made a great many friends over the years. It’s extremely rewarding to see our music resonate so deeply with the people of Los Angeles and we thank the LA City Council for this honor. We share it with the fans.”

Throughout the ’80s and ’90s the band members pursued other musical projects before reuniting in 2009 for a 30th Anniversary reunion tour. Since then they’ve toured the globe together, finding that audiences around the world are as enthusiastic about their music – and their message – now as they were when they first burst onto the music scene in the late ’70s. On February 1st, 2019 they released their first new recordings in 39 years. “Encore” (Island Records) has been critically lauded and its singles “Vote For Me”, “The 10 Commandments” and “Embarrassed By You” continue the band’s tradition of biting social commentary. They play an all ages show at the Novo Theater at LA Live in Downtown Los Angeles on June 1st. They will tape a performance for ABC’s Jimmy Kimmel Live in the JKL parking lot in Hollywood on May 28th. Tickets available HERE.