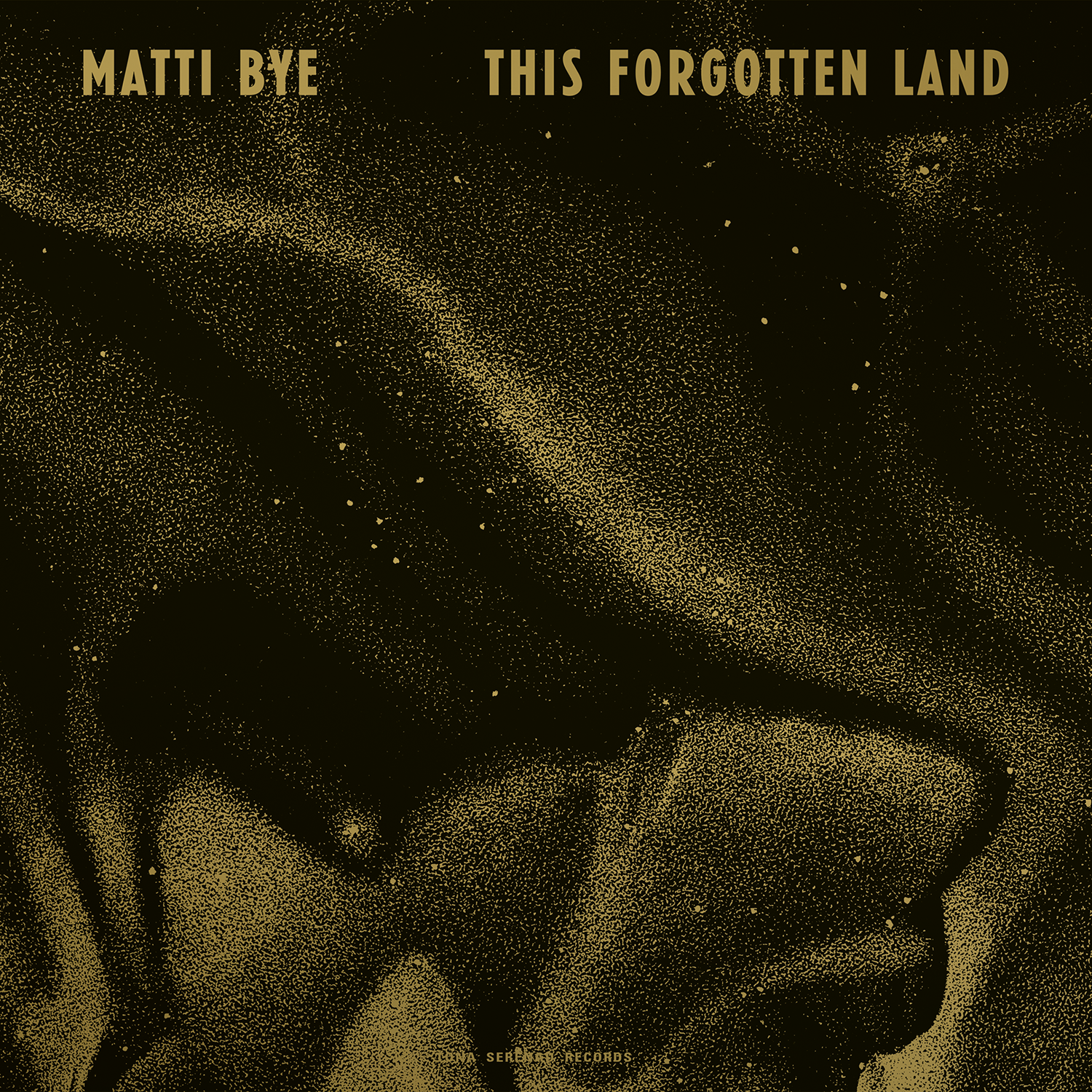 Matti Bye will release This Forgotten Land On November 3rd via Tona Serenad records. Matti Bye is one of Sweden’s most sought-after film composers, who has collaborative on the album with Anna von Hausswolff, Hydra’s Dream. This Forgotten Land offers a deeply atmospheric, affecting experience, seeped in nostalgia and yet thrillingly contemporary. At its heart lie profoundly emotive, luminous melodies as substantial as the equipment that he uses to capture them, as Bye’s world is definitely an analogue one.

Opening track Melt provides a clear indication of what’s to come, with its muffled tones, distant bells and a subdued sense of foreboding. At other times – such as on Underneath The Silence – one can hear the influence of Debussy, and scattered throughout are hints, too, of Satie and Chopin at their most tranquil. On Absence, the creaking of Bye’s keyboard pedals is intrinsic to the atmosphere of his rippling, Southern European melody, while Into The Haze and Cascading Sun – with Leo Svensson’s haunting musical saw – and Empty Streets / Piano Street reveal his affection for circus music and other archaic styles. Bye speaks fondly of “the strange, romantic mood you get when you hear old merry go rounds, or mechanical instruments in small amusements parks, and abandoned places like Coney Island,” and the strange, incongruous sounds sometimes audible in the background are as essential to his compositions as the flutter of a film projector when watching an old film. In fact, though it’s very distinct, This Forgotten Land succeeds in conjuring up an idiosyncratic ambience whose power is similar to that of another of his great inspirations, Tom Waits’ Swordfishtrombones, albeit long after the greasepaint has been removed and the bars have emptied out.

Until now, Bye has been best known as one of Sweden’s most prominent film composers, working on scores not only for contemporary but also vintage silent movies. In 2014 he received two of the three nominations for Best Original Music Award at Sweden’s prestigious Guldbaggen: his soundtrack for Faro took the honour (as well as a Nordic Film Music Prize) ahead of his work for The Hundred-Year-Old Man Who Climbed Out the Window And Disappeared. He’s also provided new music for Victor Sjöström’s seminal horror The Phantom Carriage (1921) and The Saga of Gosta Berling (1924), a landmark melodrama starring Greta Garbo. He’s recorded a number of solo works, too, not least 2010’s Drömt and 2013’s Bethanien, the latter inspired by a two-year sojourn in Berlin working in Kreuzberg’s cultural centre of the same name, once a hospital of suitably grim repute. Collaborations with other musicians include the aforementioned Anna Von Hausswolff, and Maailma with cult Finnish songwriter Lau Nau. Another forthcoming project of note is Matti’s score to ‘Superswede’, the biopic of Swedish F1 racing legend Ronnie Peterson, which premieres in Stockholm on Monday August 14th and is on international release from Friday August 18th.

Bye was brought up by his mother, renowned Swedish actress Birgitta Andersson, while his father was Norwegian playwright Anders Bye. “I remember he once said, if you play an instrument you’ll never be alone,” Bye recalls. “That made a big impact on me.” Bye tried learning other instruments – violin, clarinet, contrabass – but it was always the piano to which he returned. “Nothing could compare,” he reminisces. “I wanted to sleep near my old piano. It was like a friend, if not so verbal, but still very communicative.” His professional ‘career’ began early on, but his first experience of providing a full score – when he was invited by his school’s Anarchist Club to accompany a screening of Battleship Potemkin – was less than successful. “The performance was terrifying, because I’d never improvised before,” he says. “But the thing was, even if it was a nightmare, after I’d tried it evoked a grand feeling of freedom! I’d got a taste of something I wanted to explore.”

When he was 20, Stockholm’s celebrated Cinematheque contacted Bye about performing again, and he couldn’t resist the opportunity to improve upon his debut. “Silent film music was like a blank spot on the music map, but I recognised the freedom I’d have as a musician, and the force of the poetry in these forgotten images. To play piano for these films was like a dream. So I started my own ‘university’ in the cinema, improvising directly in front of the film screen, trying new pieces and styles in front of a live audience. The beauty is that you feel the past through these beautiful films,” he says of the style that gradually developed in this environment, “but through the music you can add a new layer of something contemporary too.” As his reputation spread, Bye recognised that, thanks to the diversity of his interests, he’d stumbled on a singularly romantic style. “I started out as a piano improviser,” he says, “and suddenly I realised I was composing, and that I’m a composer.”

By the late 1990s, Bye had progressed from silent films to composing for new ones, including documentaries. His own, parallel recordings, compositions, collaborations and solo concerts followed soon after. “Sometimes material I haven’t used in a film starts to form a record, or I make a record that ends up in a film,” he explains, and there is indeed an obvious fil rouge through all his compositions: the instruments with which he works, often employed in an idiosyncratic manner. “I always search for pianos with a unique character,” he says. “I love to play them in special environments outside, in an abandoned place or a flat somewhere. I try to record the moment. The best pieces I create start with an instrument that has flaws or weaknesses. It’s like exploring the voice of various distinct personalities.”