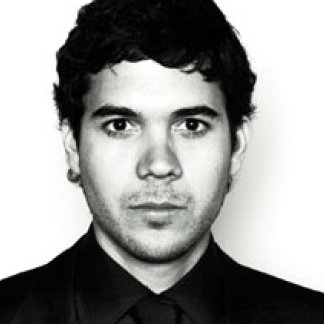 Matthew Dear’s dark alter ego Audion first stormed the electronic-music scene in 2004, unveiling a trilogy of pulverizing singles that would ultimately re-align today’s techno sound. In 2006, Audion followed the series with the breakthrough club anthem “Mouth To Mouth,” a constantly ascending work of art that has captured the imagination of DJs and fans in all club genres worldwide. In 2009, Audion re-emerged with a load of new boundary-pushing material and a hypnotic, highly detailed live show which were powerful experiments in chaos and hypnotic depth, tearing down the walls of the live electronic-music experience.

Audion’s four-year silence now comes to an end with “Motormouth,” which premiered today. Just as 2009’s shapely singles were a sharp left turn from the serrated edges of 2005’s Suckfish full-length, “Motormouth” takes a hard right. Opening with relentless rave-era repetition and an endlessly ascending bassline, “Motormouth” climbs to perilous heights while a manic Vocoder jabbers in your ear. It’s a little sinister, a little mad, and sounds like ten parties happening at once—it could only be Audion. The “Motormouth” single is being released tomorrow on Spectral Sound.

“Motormouth” is also one of two new tracks on the upcoming career-spanning Audion retrospective called Audion X, set for release December 10th on Spectral Sound. After nearly a decade in which Matthew Dear has exorcised his dancefloor demons through sometimes heavy, occasionally dirty, always ecstatic techno—a collection like this is not only deserved, it’s welcome. Audion X culls only the best tracks from Audion’s singularly reckless mind: the swarm-of-bees climax of the DEMF-defining “Mouth to Mouth” and the stair-step hook of “Look at the Moon”; the serrated mayhem of 2004’s “Kisses” and 2005’s Suckfish full-length, the mischievous sensuality of 2009’s singles series.