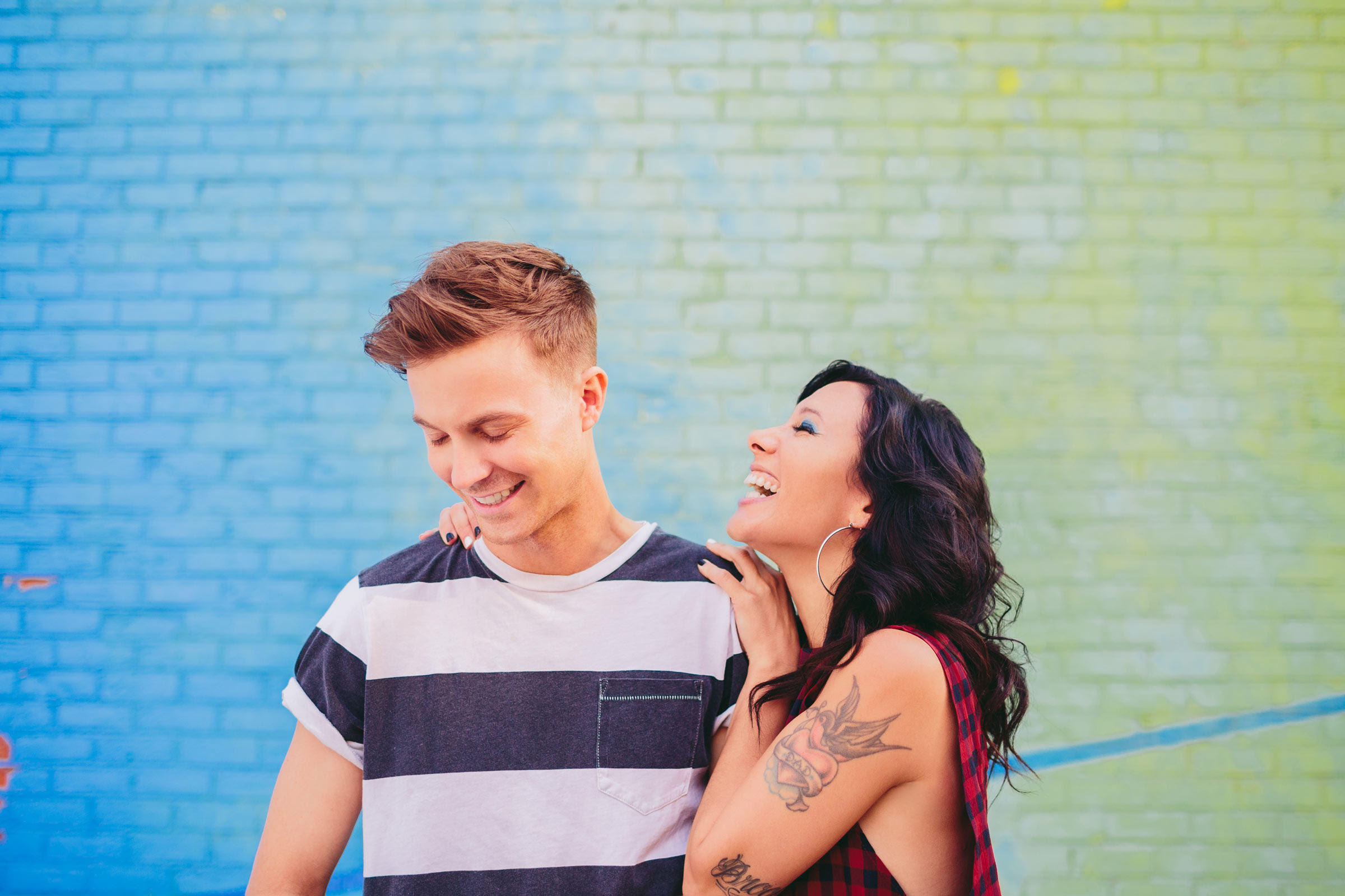 Today, Matt & Kim announced the release of a 4-song EP, WE WERE THE WEIRDOS, while performing on Coachella’s main stage. They made the announcement just before performing one of the EP’s brand new tracks “Please No More” for the first time. WE WERE THE WEIRDOS is out today. It will be available worldwide on all streaming-only services on Monday, April 25.

Recording WE WERE THE WEIRDOS began with Matt and Kim feeling deeply inspired to write music after returning from European tour dates in early April. Charged by massive response at Coachella on weekend 1, they headed straight into Lars Stalfor’s Los Angeles studio determined to complete the songs for release during Coachella weekend 2.

The EP references a time when Matt and Kim first came into music and themselves in their youth, which was heavily rooted in the punk, hardcore, rave and the then underground Brooklyn scenes. Matt’s high school yearbook photo serves as the cover art, helping to relay the theme. WE WERE THE WEIRDOS returns to a more raw and underground version of Matt and Kim and encapsulates the band’s exciting and spontaneous nature that is immediately apparent in their live performance.

“We took three months off over the winter,” says Matt, “the longest break we’ve ever taken since we started the band. They say absences making the heart grow fonder, and when we got back on the road a few weeks ago we felt so f*ckin’ inspired! Like we were a new band! You have to ACT on inspiration or it’ll slip through your fingers, and then we were charged up even MORE from 1st weekend of Coachella. I’m so proud of how raw and real these songs are going to be, I really believe there is something special here…”

Matt and Kim have a long history with New York City-based independent record label, FADER Label. The relationship has seen celebrated releases “Daylight,” and Sidewalks, as well as the self-produced Lightning and Lightning Remixes.

The band embarks on tour next month, bringing their undeniably fun, explosive live show to cities and festival stages across the country, including Hangout Festival and Governors Ball. Additionally, Matt and Kim will join Ellie Goulding’s ‘Delirium’ tour this June, performing in cities along the east coast through July (full list of tour dates below).

WE WERE THE WEIRDOS EP Track Listing:
1. Fall To Pieces
2. Let’s Run Away
3. Please No More
4. Haunting Me