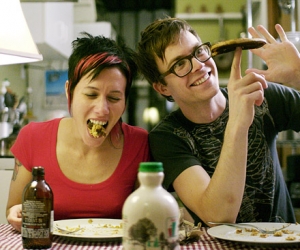 One of the hardest-working touring bands there ever was, Matt and Kim, announce a ton of festival dates across North America this summer. The indie dance duo followed up their sold-out Fall 2012 LIGHTNING Tour via a run of shows with Passion Pit, including a stop at Madison Square Garden. They bring their undeniably fun, high energy to festivals like this Saturday’s The Great GoogaMooga in Brooklyn, Boston Calling, Milwaukee’s Summerfest, Bonnaroo, Firefly, Lollapalooza, Outside Lands, Seattle’s Bumbershoot and many more all summer long! Check out the dates below. More festival dates are announced.