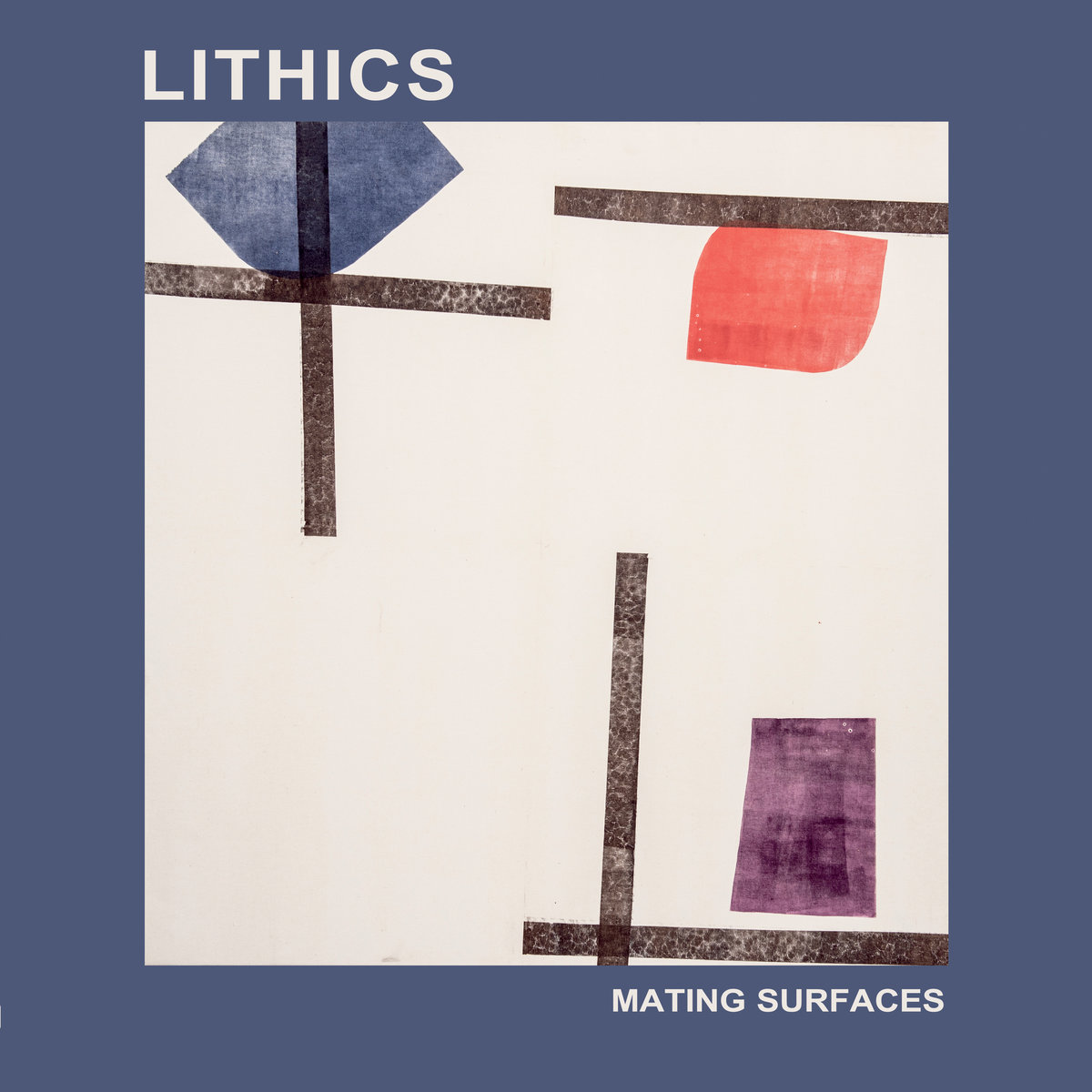 Fuelled by anxiety about their precarious state as a DIY band in Portland’s ever-gentrifying landscape and about being at a loss of power, Lithics race through 12 tracks on Mating Surfaces. “Can I be myself?” “Can I talk?” “Can I see my dog?” Hornor, who’s also the band’s vocalist, asks on “Excuse Generator”. It’s as if the forces against her are in such entrenched control, she needs permission to merely exist. And as a DIY band, their day-to-day existence is a question mark. “Never know how you’ll end up,” she deadpans seriously on “Still Forms”. She also seems to switch roles temporarily by adopting the voice of the authority on “Specs”. “Sit down,” she repeats commandingly. She might as well tell herself to sit up straight, have her eyes forward, cross her legs, and neatly fold her hands in her lap.

Like so many aspects of DIY scenes that sprout up before disappearing in a flash – bands, venues, labels – most of the songs on Mating Surfaces hover around two minutes, some less than a minute and a half. But Lithics cling on with “Dancing Guy” which clocks in at just over three minutes and “Boyce”, the longest song on the album at five minutes, three seconds. Lithics dismantle any climax they build towards before they get too close. They have plenty of time to build and release on “Boyce” which would have made for a welcome break from the rest of the album’s one-gear assault. Instead, the song meanders and lingers tediously. If Mating Surfaces loses momentum, it’s here in their lengthiest spurt of free association. Perhaps Lithics aimed to create a relentlessly (repetitively) pummeling, high-speed barrage of noisy punk to disorienting effect, like centrifuge, or they wanted to wear down listeners. But the effect is lost on me as I become too distracted by how closely they veer towards the post- punk forerunners I mentioned earlier.

At the end of Mating Surfaces, Lithics once again detract from their focused speed-attack. The album ends in full collapse, emulating too many DIY spaces. On “Dancing Guy”, the band hurl towards a complete breakdown. Discord ceases before more clattering noise bleeds in along with spoken word fragments. “Goodbye, dancing guy,” Hornor bids. Lithics might soon bid goodbye to the DIY structures and communities around them as spaces close and artists are displaced, often entirely out of the city as the seek more affordable places to live and work. In being “a kind of harsh pop band,” as Hornor views the themselves, Lithics walk a fine line that almost reflects their and other DIY artists’ precarious positions as they teeter between the underground and developing spaces. DIY scenes tend to stick together and find a way out, or around, or through. In any case, Lithics take a defiant stand on Mating Surfaces, and if their world is going down, they’re at least going down swinging.