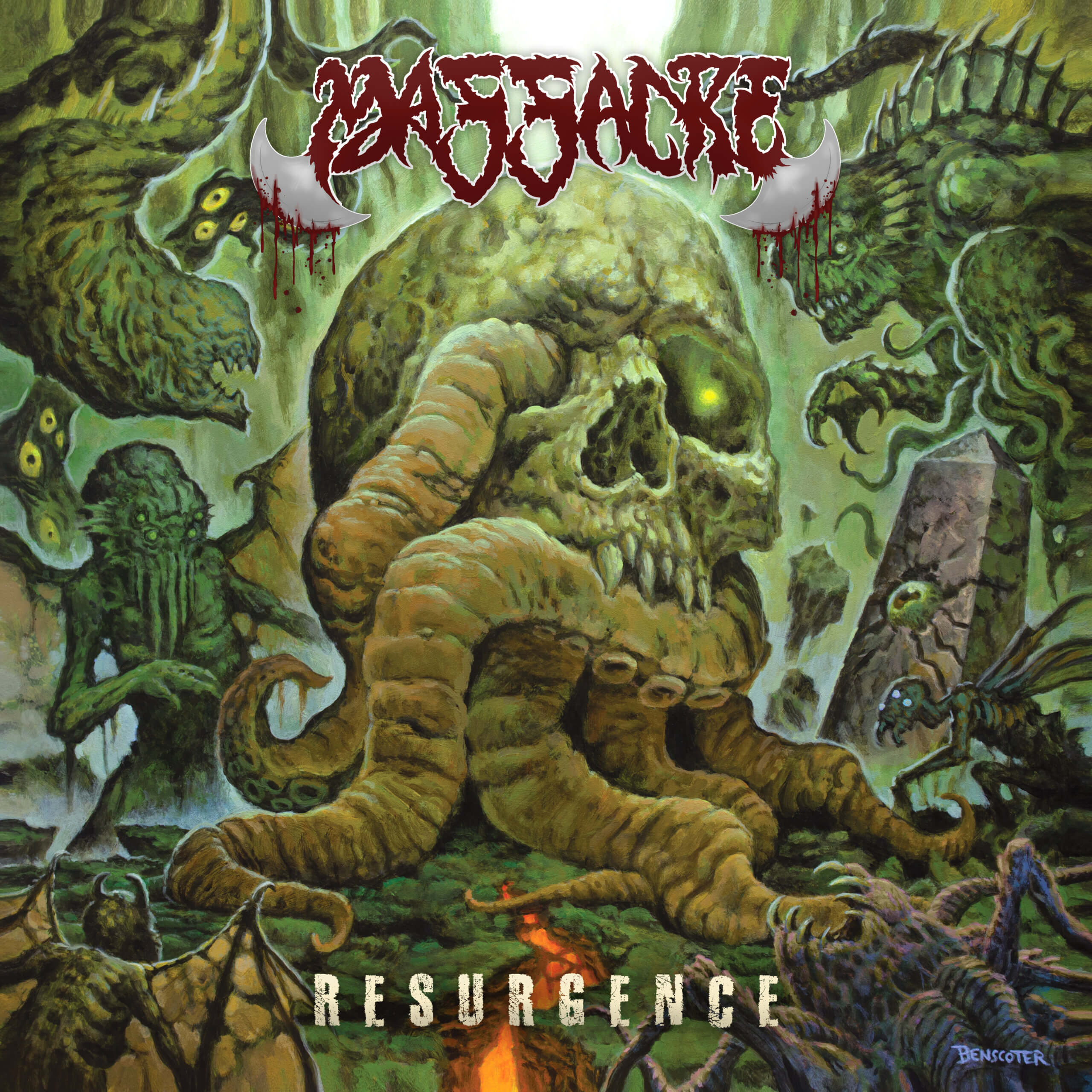 Resurgence is the first album in seven years from legendary Florida-based death metal band Massacre. The intention with this record was to finally craft a worthy follow-up to their classic 1991 debut, From Beyond.

Formed in 1984, Massacre is one of the oldest bands in the death metal genre alongside groups such as Possessed and Death. The band also shares many links to Death. Frontman Kam Lee was a member of Death precursor Mantas. Additionally, the line-up that recorded Massacre’s debut was the same that backed Chuck Schuldiner on Death’s now-classic album from 1988, Leprosy. Unfortunately, the band hasn’t maintained the same presence as many of their peers, subsequent efforts failing to live up to their debut. It certainly hasn’t helped that the line-up that recorded From Beyond fell apart soon after with only guitarist Rick Rozz and Lee sticking around for their much-maligned follow-up album, Promise. Fast-forward to this new album Rozz is gone. Lee is back after a stint away from the band. Bassist Mike Borders, who appeared on Massacre’s 80s demo material, is back after 33 years while four new members complete the line-up. Swedish producer Dan Swanö contributes his talents to help keep the sound and aesthetic old-school. Even the demo-era logo of the band returns to the artwork of this release. For the most part, the band does succeed in doing what they set out to. The songs avoid complicated riffs and arrangements and instead focus on the kind of straightforward brutality that would sound quite at home on a mix-tape with Bolt Thrower and Obituary. There are also several great-sounding lead melodies in the guitar work that enhance the material. Lee remains a strong point as well, his trademark Kam Lee wipe-outs adding some welcome character to the music. He is truly a pioneer of this style of singing. Lyrically the album also draws a parallel with From Beyond by taking inspiration from author H. P. Lovecraft.

While it would have been interesting to see Rozz return to the band, the new guitarists do a fine job and are probably quite at home since they have previously played in some other projects with Lee. Musically there’s nothing new or surprising so the songs can feel a little nondescript at times, but this is a decent album that fans of From Beyond will want to check out. Hopefully, this line-up can stick together and build on what they started here.