“How I Love You” Mass Gothic 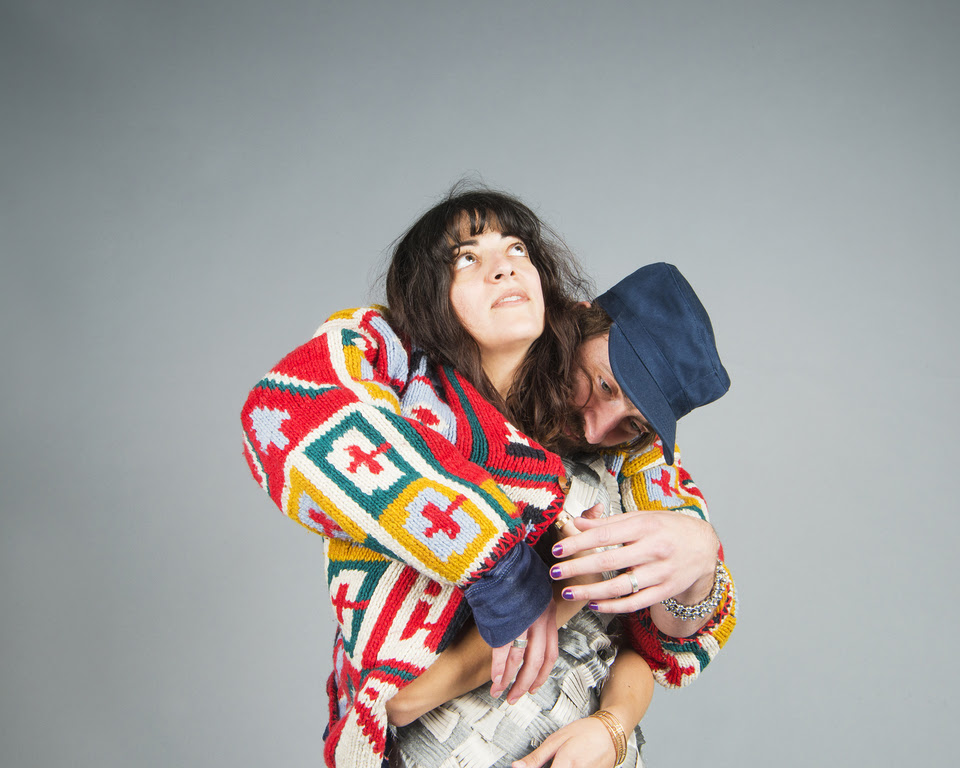 How I Love You" by Mass Gothic
TwitterPinterestPocketRedditFacebookEmail

Mass Gothic will release I’ve Tortured You Long Enough, on August 31st via Sub Pop. Ahead of it’s release, the band are sharing the song “How I Love You.” On the new track vocalist Jessica Zambri takes lead, delivering one of the album’s more immediate songs.

Even when you’re married and you’re best friends and you’ve spent a lifetime (18 years is a lifetime, right?) collaborating with each other, it’s not often obvious what’s staring you right in the face. “I’ve Tortured You Long Enough” is the tongue-in-cheek title of Mass Gothic’s second album for this reason, among several others. Husband/Wife duo Noel Heroux and Jessica Zambri have always dipped in and out of each other’s creative spaces, advising on their respective outputs and supporting one another. But never had they before completely committed to doing an entire album as a duo, sharing an equal load. The time had come. And thank goodness. They have dreamed up a record packed with the tension, chaos and beauty of a fluid and cathartic two-way conversation. In a universe increasingly threatening our abilities to work hard on communication and coexistence, their creative union isn’t just inspired but important. “Why did it take us so long?” laughs Heroux from their home in Queens, New York.

When Heroux put out 2016’s self-titled Mass Gothic record, he was necessarily doing so as a solo entity. Mass Gothic was born as a necessary project for his workings following the aftermath of Hooray For Earth’s end. Plagued by his own insecurities and anxieties, Heroux wasn’t yet ready to deal with putting his trust and confidence into another shared project. He wasn’t in a place to take on the burden of those responsibilities with another individual, especially not an individual so fundamental to his existence. So what changed? He can’t exactly pinpoint when the phrase “I’ve Tortured You Long Enough” came to him. It was before a single song of this record was written. But it became a mantra, almost a premonition. Says Heroux, “It just popped into my head,” explains Heroux. “You can say it to a loved one, or to a friend. Or you could wish someone say it to you. It covers so many bases but it’s taken on extra meaning in the past couple of years while everybody is at each other’s throats; frustrated and confused all the time.”

The most important application of the phrase, however, was upon Heroux himself. He had tortured his own psyche long enough, and was particularly in need of forcing himself out of his comfort zone and letting go of that prior stubbornness. “I’ve struggled greatly with telling myself that I can’t do things, or that things aren’t good enough.” he says. Then in the Fall of 2016 circumstances led him to face his biggest fears head on, because he physically had no other choice. “We rented a small tiny cabin in the middle of nowhere in upstate New York. We put ourselves away and worked on music all day, wondering what it would feel and sound like,” explains Zambri.

It began with Zambri penning the first iterations of ‘Keep On Dying’, a synth-laden call-to-arms that recalls the frantic energy of Animal Collective and the celestial torch-bearing of Bat For Lashes. Zambri had the melody and lyrics, and Noel arranged the chords to finish the song. Then things started snowballing. While the writing may have begun in New York, it relocated to LA while their lives became totally in flux. They threw caution to the wind last January and got rid of their Brooklyn apartment. Not only that, they also purged all their belongings, except the bare bones for making an album: instruments and recording equipment.

They bought a car and lived out of a duffle bag of clothes for an entire year. They drove to LA, lived with their co-producer Josh Ascalon, and wrote and wrote and wrote. “The entire record from start to finish was done without having our own place to live,” marvels Heroux now. “Maybe we wouldn’t have been able to do it if we were anchored at home. We were forced into it. Jess was trying to open me up and if we could have just sat on a couch and thrown on the TV it probably wouldn’t have worked.”

The partnership has distinctly evolved the project’s sound. “Mass Gothic” was a far more diverse debut, and as the most successful debuts do it was just Heroux by himself, throwing a hundred different ideas at the wall. He describes it now as “the hellish sounds” of his own brain. Its follow-up therefore is a far more intentional meeting-of-minds. Their openness to work with one another had to come without rules as neither of them could afford to hold back.

Last Spring, for instance, when they thought they’d done all the work and had a fully mixed album, they realized separately that it had way more potential. While they were preparing to go on tour with Zambri’s sister, Cristi Jo, and her sister’s boyfriend Joseph Stickney, Heroux woke up one morning, turned to Zambri and said: “Oh god, we have to fucking re-record the whole album.” The rehearsals were the equivalent of pre-records, and they knew the tracks could accomplish so much more. Although he was afraid to say it out loud, they both agreed it was what was required.

The final ten days took place in the studio in Brooklyn where they laid it down from start to finish with Rick Kwan (Chris Coady mixed the record and Heba Kadry mastered it). “It was too pristine before,” says Zambri. “We wanted it to be perfect but it wasn’t breathing. Even if there would be tension, we wanted it to flow like water.” On that front they’ve achieved a remarkable arc. Bookended by the tracks ‘Dark Window’ and ‘Big Window’, it begins from a place of uncertainty, overwhelming disquiet and self-doubt, and it works towards a feeling greater than the individual. Via an optimistic number of romantic love songs (‘Call Me’, ‘J.Z.O.K.’, ‘How I Love You’) the record basks in the acceptance of co-dependence. Even though the works are intensive, there’s an element of ease to their overall message. The chords and beats may feel squeezed and claustrophobic at times, but expansive guitar tones and electronics allow the listener to deep dive into a chasm of potential.

“Overall it’s a conversation between the two of us,” explains Zambri. It isn’t autobiographical to the point of alienating its listener though. It’s important that the songs provoke. It’s a record that concludes with the comfort in knowing that you can be both independent and successful in a relationship, which speaks quite literally of the pairs’ experience giving in to this process with one another.