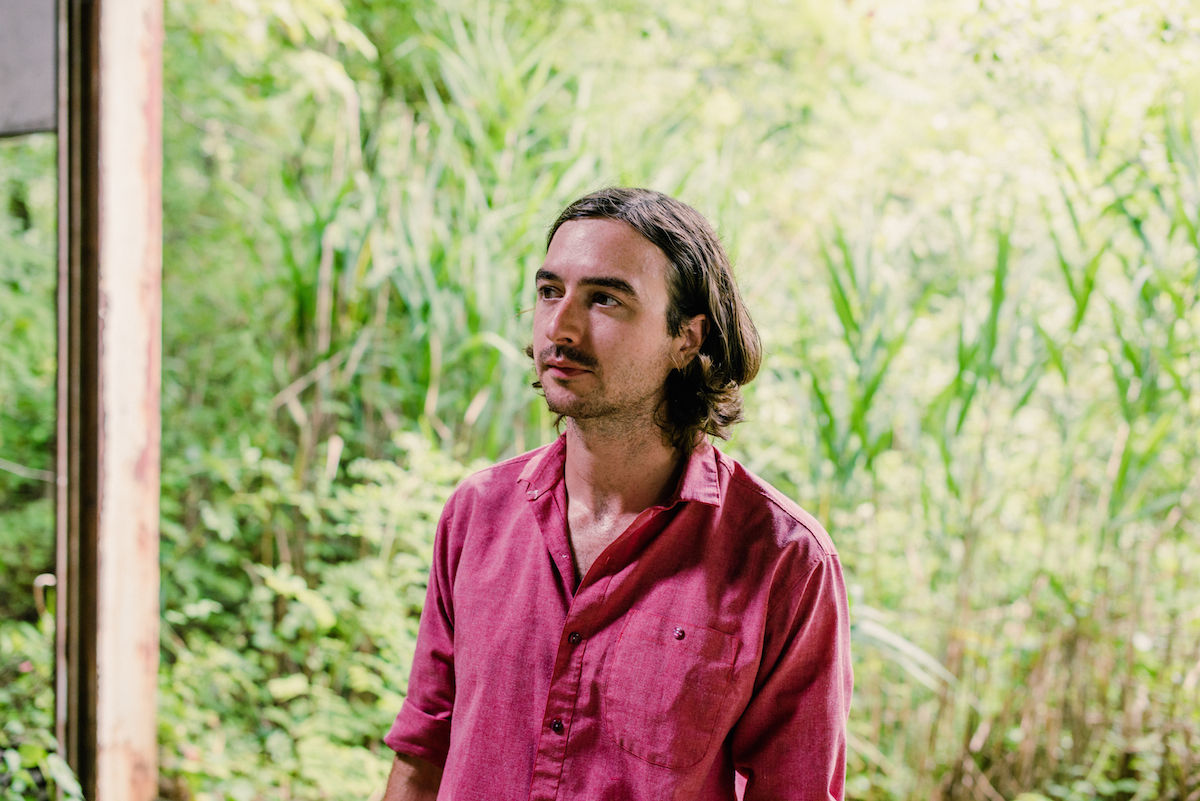 Real Estate’s Martin Courtney is a musician ready to take the next step in his career with his first solo record “Many Moons”. Michael Unger was able to speak to Martin Courtney on the eve of the release of the new album, and found out about their mutual love of the New York Mets, how Martin’s anxiety fuels his songwriting, and his visions for releasing ten more Real Estate albums.

Northern Transmissions: Where are we speaking to you from today?

Martin Courtney: I’m actually at the New York botanical gardens with my wife and daughter.

NT: So the new album comes out tomorrow, how does this experience releasing your first solo record compare to say when you first released albums from new projects, say even the first Real Estate record?

MC: I’m definitely getting the same kinds of feelings every time a record comes out, and Real Estate has only released 3, it’s always really exciting the week before it comes out. It’s interesting that tomorrow people will be able to hear it officially for the first time which is a cool feeling, and the first reviews start to go up, it sort of hits a peak of attention. It’s certainly a bit of a surreal feeling. It’s not really the same as when we released the first Real Estate record because I’ve done albums before, and there are a lot of things I know now that I didn’t back then.

NT: When the reviews start to come out, are you the type to read all of them, what’s your process with dealing with the reactions?

MC: I’ll read them all. It’s kind of interesting to see different people’s interpretation of the record. It will definitely get to a point where I’ll stop because it does get exhausting reading about your own music. It’s hard to resist though.

NT: Do you have any predictions about what the reviews might say about “Many Moons”?

MC: It’s funny because from the beginning when we started working on this project, me and Jarvis (Taveniere of Woods) talked about how obviously this was going to get compared to Real Estate, so we were trying to work against that as much as possible, and make it hard for people to compare the two, but it’s still pretty unavoidable. So I’m pretty sure every review is going to talk about Real Estate at some point. That’s totally understandable I mean I’m always going to be associated with that band. I’m just hoping people like it, I’m really happy with the record, I feel optimistic about it. My prediction is people are going to like it, and it’s not going to be a huge deal or anything, but that’s what I always wanted out of this project.

NT: Well I suppose I have to ask the question then, how does this record differ than a Real Estate record?

MC: Well basically the main difference is that it’s not a Real Estate record because there’s different people playing on the record. It’s mostly me playing everything, so it’s mostly about subtraction with the addition of Jarvis and two different guys that play drums Aaron Neveau and Michael Spasiak who brought their own styles. Obviously Jarvis was a big influence on the record, because he was a part of the process every step of the way, we kind of workshopped the songs together. Other than that it’s the fact that Matt isn’t playing guitar, Alex isn’t playing bass, Matt Kallman (keyboards) is on the record, but other than that especially the absence of Matt Mondanile on the record is a big difference, because he has such a unique style, and it leaves a good amount of space that I filled with other elements like strings or piano parts or flute, that’s really the main difference.

NT: Was there a motivation on your part to put out a solo record because you wanted to try some of these new ideas?

MC: I didn’t really go out to make a solo record, Jarvis and I started because we wanted to record a single, it was just a fun thing for ourselves, we were having so much fun that we just kept going and it turned into an album. Once it became more serious, I think I did kind of get excited to try new ideas that I wouldn’t be able to do with Real Estate.

NT: Looking back on this album now, is there anything that has surprised you about releasing first solo record?

MC: I guess I would say adding strings to my music, that wasn’t so much a surprise, as the learning process that came along with that. Like my brother-in-law helped me transcribe the parts for me, because he goes to Julliard, so he was able to get his friends to play the parts. So as I set out on the process, I realized how much goes into it, a pretty decent amount of work, that ended up sounding really nice. Mostly I’m just surprised that I did this at all, now that it’s actually happening, having a record that has my name on it, i was really able to step out of my comfort zone to make it happen, and I’m really happy with it.

MC: Hahah, well I suppose I have a family, and I’m a musician, so there’s a lot to be worried about in terms of making sure my career is in decent shape, you know balancing the needs of my career and my family, all the touring that’s involved, not being around my kid as much. In general there is just this is big unplaced anxiety that I think as people who have anxiety have.

NT: Your answer is very telling, because on this record, you seem to reflect on those feelings of leaving something behind whether it be a place or a person, or a time. Going forward now that you do have a family, what are your motivations for the next phase of your life?

MC: Well I mean this project in a way was me expanding my horizons and trying something new. but really want to keep doing Real Estate. I want us to be a band that releases ten albums, you know what I mean? I think in order to do that, and have that still be fun, I have to try new things which is why I made this album. Ideally I’d like to do film scores or tv scores or something like that. I just turned thirty, so I think a goal of mine would be to start building a career outside of being in a band. But my dream has always been to do film scores, so hopefully that will happen.

NT: Well if I know any filmmakers I’ll pass them along, thanks for taking the time to talk to me, and go Mets!

MC: Yeah man, go Mets! I’ve been watching closely and the last two games have been a bit of a bummer, but we’ll see what happens.

(Postscript: The Mets went on that evening to win game 3 of the World Series 9-3)