“Marry Me” by Venus and the Moon 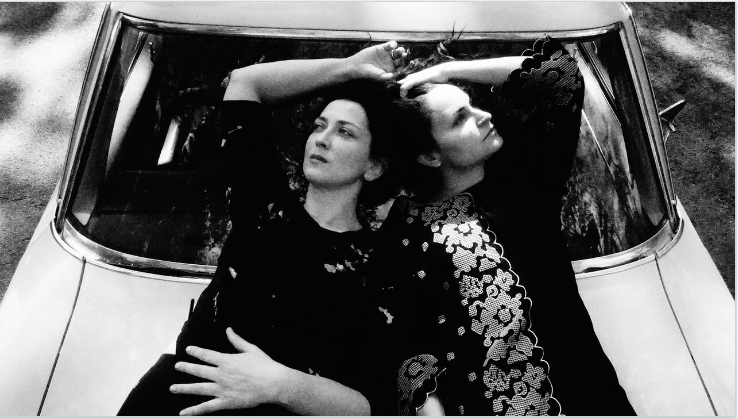 Venus and the Moon are Frally Hynes and Rain Phoenix, a collaborative intersection that cuts a unique genre: Galactic Country. The Los Angeles-based duo released their debut 7-inch featuring singles “Hungry Ghost” and “Albatross” (with Rufus Wainwright and Chris Stills) and toured internationally with Cat Power in 2015. Brother, Son – to be released via Mother May I Records on July 15, 2016 – is their first album release. Recorded on a tascam 4-track cassette record that Rain’s older brother River gave to her as a teenager, Brother, Son was produced by Rain Phoenix and mixed by Dave Way.