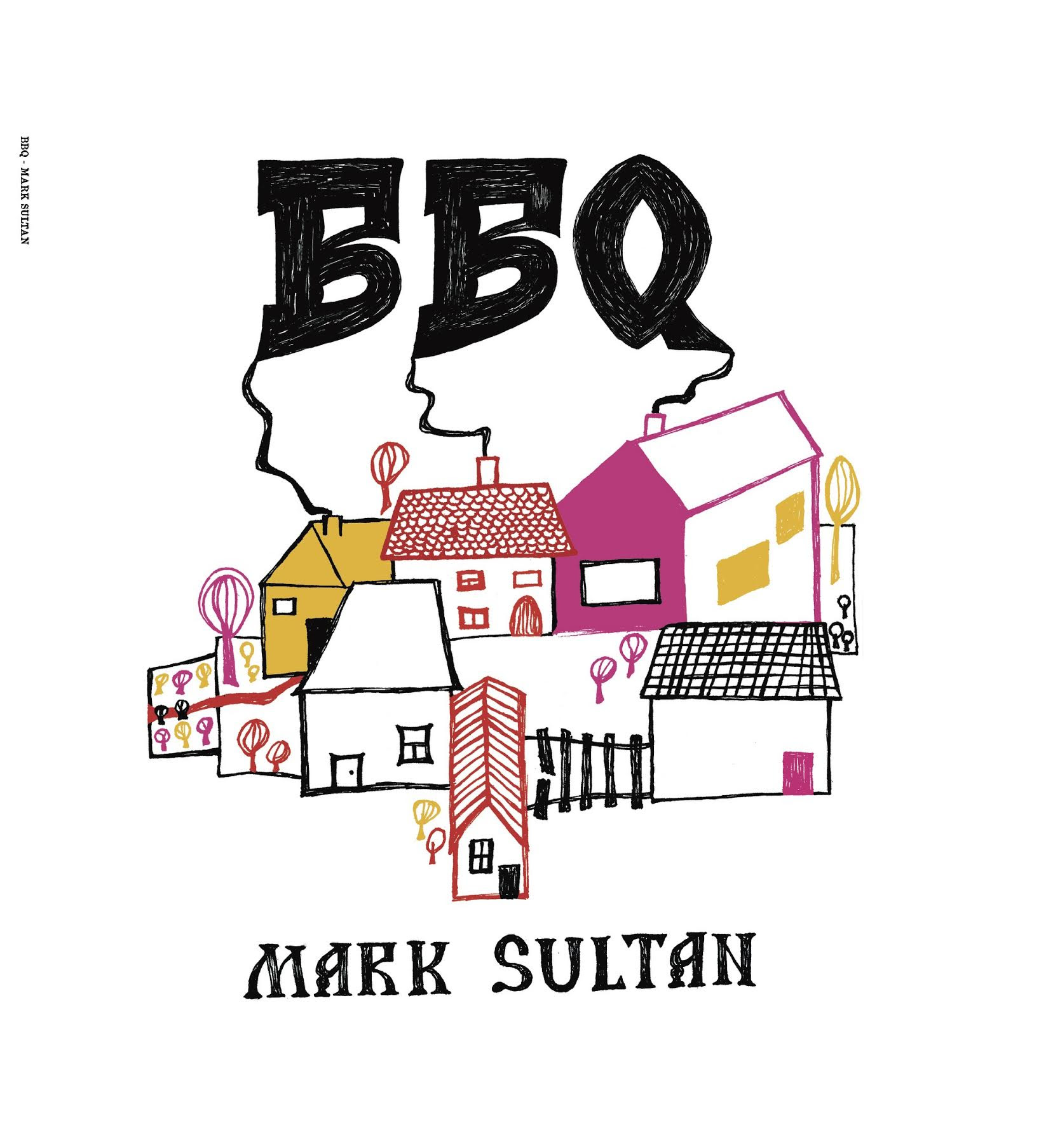 Today, Mark Sultan streams his new one-man band album BBQ. The record comes out November 25th on In The Red. Mark is currently on tour as King Khan & BBQ. Sultan started with the moniker BBQ in 2000, playing shows as a one-man band at parties and for friends, releasing a few 45s and a couple of LPs in the US and in Europe. And then he formed ‘The King Khan & BBQ Show’ with pal King Khan in 2003. BBQ is the one-man band format with which he has toured for years. The new album (‘Mark Sultan’) is his first real one-man band LP since 2005’s ‘Tie Your Noose’ on legendary Bomp! Records.

Mark is thought to be – for better or worse – ground zero when it comes to doo-wop infused garage rock in modern times. The new album only touches upon this briefly, with far more nods to mid-60s moody sounds done in his inimitable style. His live show is a surreal non-stop, mildly improvised romp through decades of sounds, combined with over-the-top energy and animalistic overtones. ‘Like a haunted jukebox’.

The recordings for this new album saw Sultan work at his own nascent Chompazoid Studios just outside of Berlin, for the first time, in 2014. The LP will come out November 25th through In The Red.

His label, Sultan, will change into Chompazoid released his new 45 in October: ‘Ophelia’ b/w ‘Believe Me’, a first foray into the new label’s commitment to pressing real and timeless rock n roll sounds. Speaking of which, Mark will also be soon releasing a 45 on the Daptone Records subsidiary ‘Wick Records’, recorded in-house, at their legendary studio, with buddies from NYC’s Mystery Lights playing some instruments.