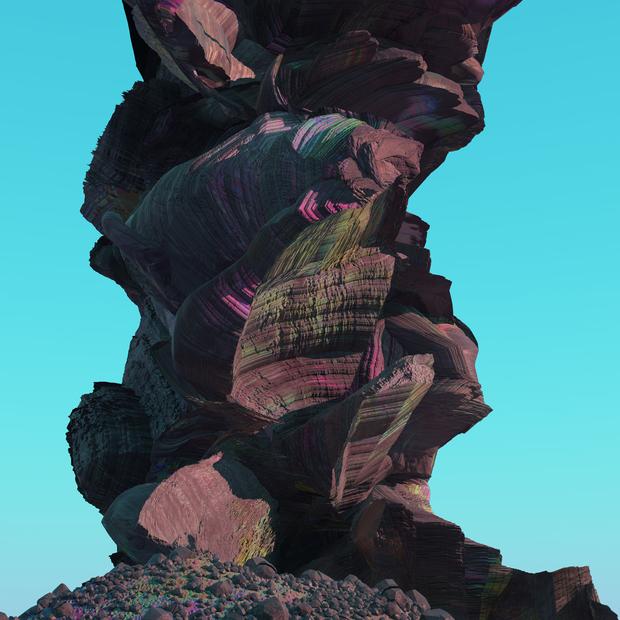 Across his several decades of releases, remixes and producing work, Mark Pritchard has carved out a voice as an atypical but sharp musician. In this latest release, Pritchard creates microcosms in his music to tell little stories across something that resembles scores more often than experimental dance music.

The chilling percussion of the record highlights Pritchard’s subdued brilliance as a producer, as simple drum beats can often out-perform the melody like on “Glasspops.” As slow as it moves however, the slow evolution of the beats really carry the song in interesting ways that also make up for the meandering nature of the synths. The keyboards take on a more eerie sci-fi/horror vibe in the second half to move things forward, and turn some of the innocent percussion into something more sinister. For its extended run however, the song does feel like it could’ve been tightened up a bit.

This focus is why a track like “Circle of Fear” feels so powerful, with its spiralling melodies and an unnerving bit of echo. As the bass slowly crawls through, the song takes on a mysterious grandeur while never overstating itself. Though you’ve definitely heard similar string arrangements in scores before, it’s the unsettling way that Pritchard lets them flow into the song that makes them his own.

“Come Let Us” would be purely ominous and haunting if Gregory Whitehead’s narration wasn’t so terrifyingly monotone. The weird edits and deep breaths added to Whitehead’s performance create a horrific layer within the song, and make his mantra like chorus feel more dangerous than inspiring. Overall the song is endlessly worrying and shows Pritchard’s mastery of Lynchian-details.

Frantic little string melodies dance on “The Arched Window” to not only completely shift the album’s energy but create a sort of baroque energy as well. Pritchard’s unique lo-fi synth classy aesthetic bears strange similarities to old religious chants, and gives the track a kind of spiritual energy to its mix of loops and booming melodies.

These synths move into a more retro-film vibe on “S.O.S.” with the Space Lady’s commanding presence really lending a lot of weight to her over-the-top speech. As the keyboards fall in and out their modulation, you can feel them starting to mirror the hopelessness that comes through the desperate plea of the lyrics. Even as a cheesy story, the song’s simple little refrain stands out for its emotional energy.

“Parkstone Melody II” strips the nostalgic sheen out of this cosmic song however for something much darker and more uncertain. While it seems like you get the idea fairly quickly for what the song offers, the subtle little twist of piano that drives the second half starts to open up a lot of different possibilities for the album’s narrative.

The fluttering chords of “Mên-An-Tol” swing in more of the angelic and religious aspects of the record back into its spacey tones. Though it does feel like one of the more interlude-like score tracks of the album, it keeps things short and to the point.

Lynchian energy merges with a Pink Floyd-like bit of melody on “The Four Worlds” as Pritchard ends the record on an enigmatic mood-piece. Though the song definitely requires patience and an open mind compared some of the more straightforward tracks of the record, you’ll be satisfied with its ending if you hold on.