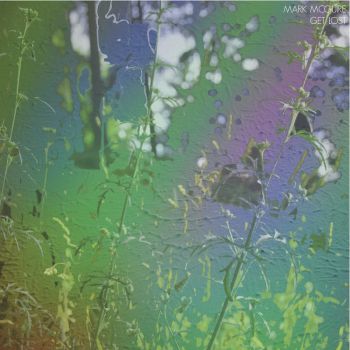 I have to admit that I’ve been a bit out of the loop in the “instrumental, ambient, drone” genre, so I had to do bit of background research on Mark McGuire who’s also a member of the band “Emeralds”. Unfortunately Google was being a bit difficult. You see Mr. McGuire seems to share the name of a certain baseball player, and even though the spelling is a bit different, Google assured me that it was Mark McGwire that I was searching for. So before I even pressed play to hear the first track on McGuire’s third solo album, my mind was thinking about the red haired giant that became the symbol for the downfall of America’s Pastime in the steroids era, which in a way has symbolized the fall of American culture itself.

So I had a lot of images, mostly negative as I dove into “Get Lost”, and was pleased to find that the title referred to the act of escaping rather than a derogatory command. The album starts with the self-titled track and it’s a quiet tune with an uplifting guitar riff that’s accompanied by serene synthesizers. There is a tendency with this type of music while being contemplative, to be on the sad side, but McGuire’s music is almost inspiring in its daydream malaise. The album is very unpretentious, as the tracks are very short until they get to the final 20-minute opus in “Firefly Constellations”. The dream like meditation quickly became my favourite on the album, a final example of how McGuire is able to transport you to a very specific place in his songs. I present astronomy shows at a planetarium and I could definitely see myself playing some of these tracks during a presentation.

Mark McGuire’s music is for the thinking generation, tunes that deviate away from the pop music standard that are almost intended to not make you think. “Get Lost” won’t make you think of the instruments he’s playing, but it’ll start you on your path of getting lost, which is a pleasant relief as I look over my shoulder at the Republican debates on TV. Perhaps there is a correlation after all between McGwire and McGuire, one tried to achieve the American Dream while simultaneous destroying it, while the other just wants to inspire dreams, and as long as he’s doing it he probably doesn’t care that he shares the same name as the other. Besides, dreams are more real the fake home runs any way.