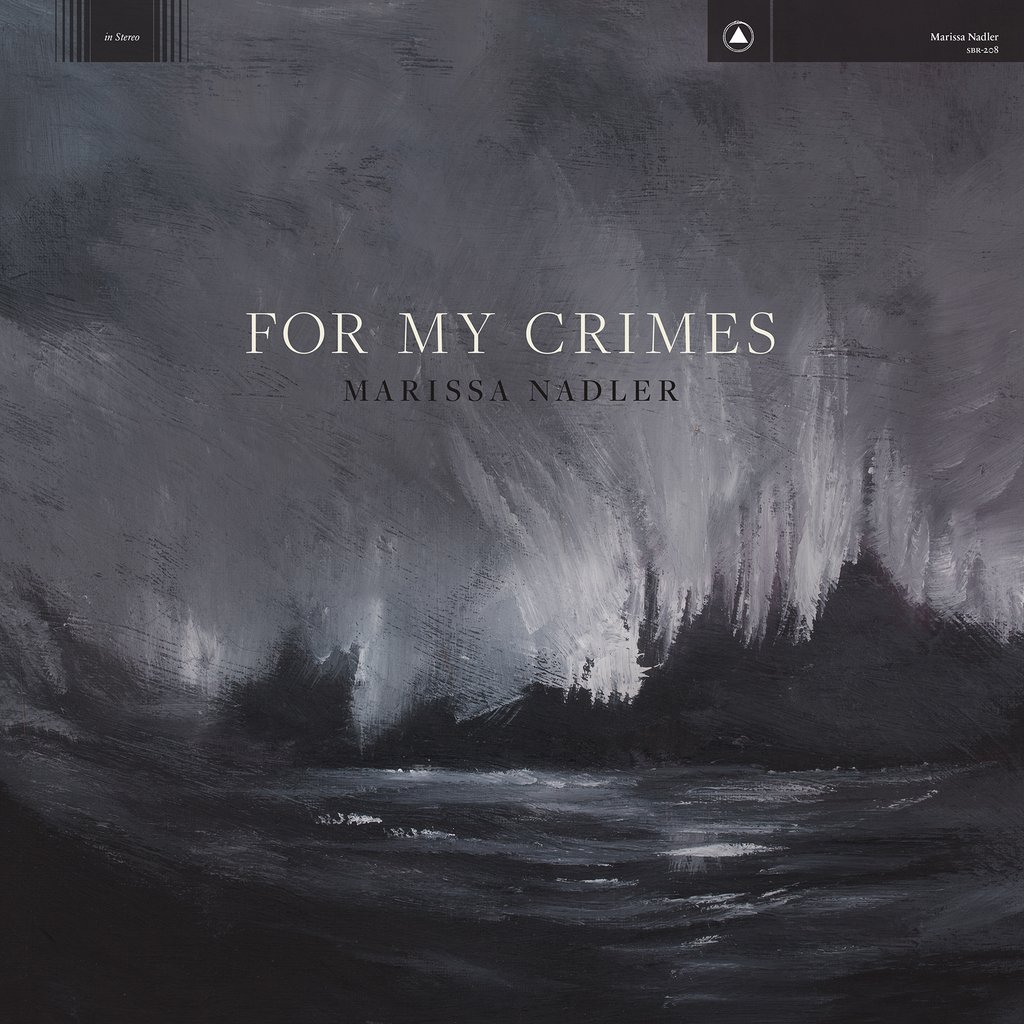 Massachusetts singer/songwriter Marissa Nadler returns this autumn with her breed of increasingly dark Americana folk noir. On For My Crimes, Nadler delivers choruses in repetitive hymns that seem to delight in melancholy and hopeless longing. The sky is a slate grey and not much else filters through, making the new release both thematically beautiful and consistent though also lacking in surprise.

Marissa Nadler’s poignant, honest lyricism combined with somnolent guitar rhythm, and her achingly beautiful croon carry the listener wistfully across a washed up landscape, lonesome motels and desert roads, long cold bedroom nights. Images are made alluring and then burned into place through her consistent way of repeating the first half of a refrain before revealing its conclusion.

An overwhelming sense of guilt also lies central to the album. Title track “For My Crimes” acts as a heading for all that is to follow, with the chorus “Please don’t remember me for my crimes”, a plea sung in Nadler’s charismatically haunting tones. There is a long-lost love, the ghost that many songs on the record seem addressed to, and an event, something that went very wrong. Most of the tracks are accentuated by an oft-chanted refrain, so the titles can guide the listener through much of the story.

Guilt, punishment, escape are at the heart of opener and finishing track, “Said Goodbye to That Car”, which speaks of wild gunfire and running away, erasing license plates and memories – 119 617. In “All Out of Catastrophes” she plans an escape to a motel. “Your Only Harmless When You Sleep” also speaks of “lawlessness” and “a wall of vice to crack through”. For My Crimes is about failed love, walls that couldn’t be scaled and truths that need to be confronted.

The aching sadness of departure is depicted through “I Can’t Listen to Gene Clark Anymore” (“now that you’re gone”), and “Are You Really Gonna Move to The South?” More ghosts from the pasts, found in the echoes of music and shared memory. Marissa is also speaking from a perspective of loneliness, and her lyrics often feel questioning or like projections.

The heavy melancholy of For My Crimes dissolves reality and blurs perspective. The singer is both the one yearning for a lost love, asking for forgiveness, or at times the one moving forward, as in “Blue Vapor”, where she figuratively turns into mist. The same desire for separation is strikingly clear in “Lover Release Me”, a pleading not to be forgiven or taken back, but to be let go, to accept the fact that times change, people change.

Breaths of hope flutter into and shimmer among the grey palette in “Dream Dream Big In The Sky”, keeping an open heart to the possibilities for the future. It has the feeling of speaking to a child, an encouragement to maintain innocence in the midst of an album full of shattered innocence.

The musical direction of the record contains the same sombre acoustic guitar, riffs with the rhythm of car tires cruising over late-night asphalt. Low-octave strings drape the pieces here and there in a veil of mourning. Country influences can be felt in both the lyrical settings and occasional storytelling style, as well as the chords which at times feel dusty from the plains.

Over the years, Marissa Nadler has continuously honed her particular songwriting craft into dark marble, turbid waters.. For My Crimes is a consistent project without much excess and also without much thrill. Though it is certainly easy to sit back and get lost, as if being wrapped in a thick fog, crying just because tears simply exist, as does joy, as does heartbreak, as does failure, as does innocence, as does beauty.