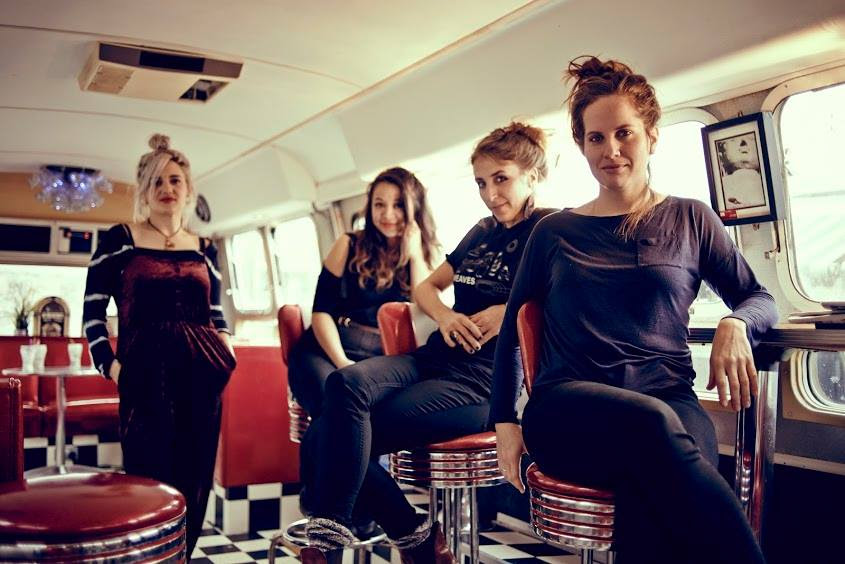 Marine describe “Red Fruit” as partly about how magnetic trouble is, and partly about having belief in something without proof in a relationship. It traces the outline of the tale of Snow White, but in a kind of half dreamy way. The lyrics hint at a wicked stepmother, and the curiosity towards the red apple and through the characters of Orpheus of Eurydice, the story resolves on the theme of trust.

Marine grew in the gaps between the concrete of the city, with four very different stories combining into one. Intuitive beats mix with hypnotic bass, whilst the two vocals of Cara Sebastian and Ruby Jack braid together over hooky guitar lines.

The songs of Marine are crystallised from mythology and fables, mingling with personal words and emotions to form tales of the ordinary and extraordinary. They describe themselves as ‘Fable Electric’, a genre all their own, combining their fascination of the underworld, Seal demons, mighty Kraken, werewolves, witches and gods…. even questioning the very nature of storytelling itself.

Drawing parallels with Kate Bush, PJ Harvey, Radiohead, and Warpaint, these audacious girls have been running their own show, touring Europe and the UK and quickly building a following in Berlin and London flogging countless handmade CDs and artwork. Their first festival season together last summer saw appearances at Secret Garden Party, Shambala and more. 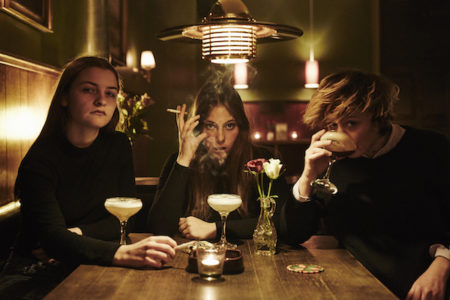 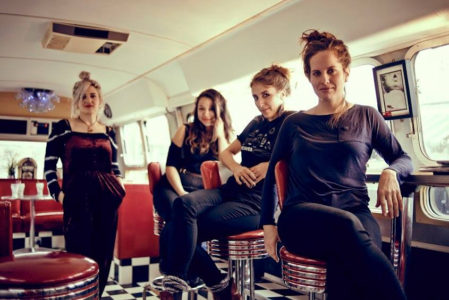