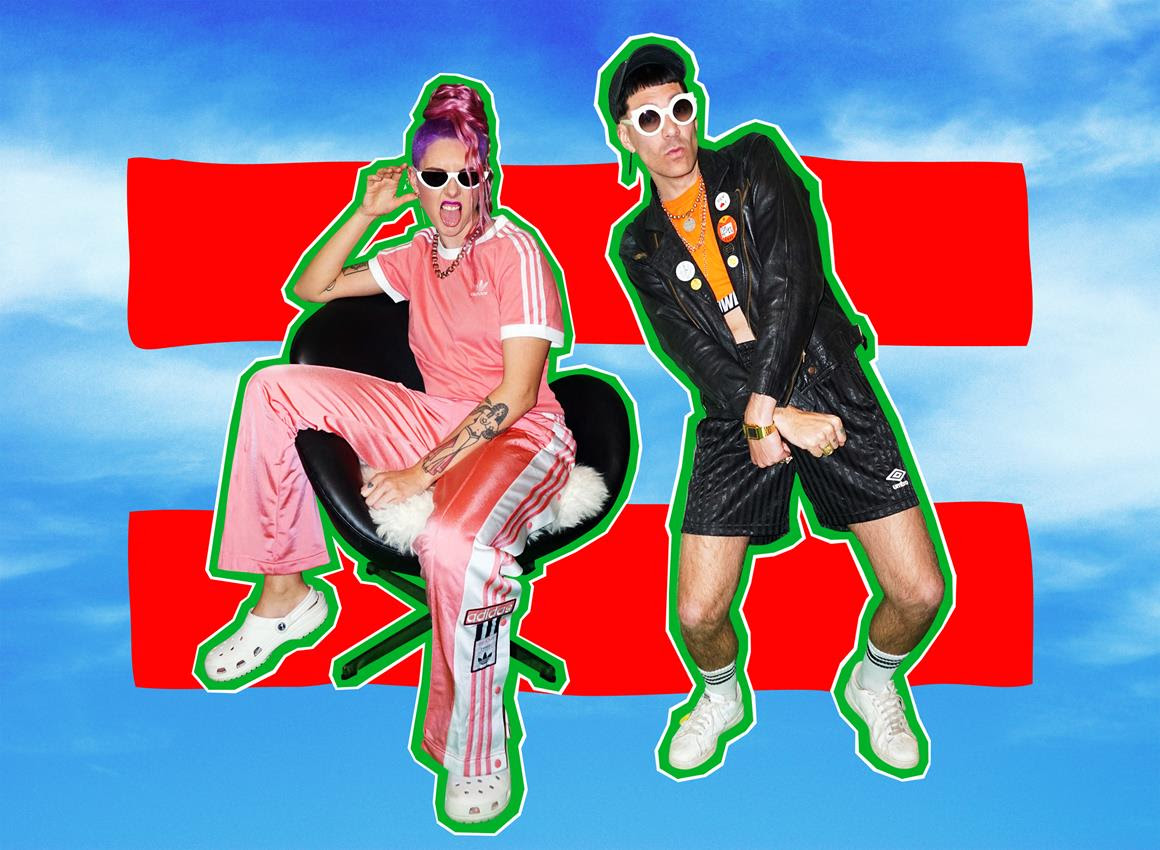 ﻿At one point, The Gooch Palms AKA: Kat Friend and Leroy Macqueen had never ventured out to the viewing area on Highway 90 to see the mysterious Marfa lights, an unexplained phenomenon that the tiny town is famous for. So one afternoon while driving into the town to rest for the night, they decided it was finally time. Despite Leroy’s strong scepticism and general disinterest for touristy activities they were going to see the lights that night. Kat was stoked. But looking up above the desert as they got closer to the town they noticed a black egg shaped object floating perfectly still, high in the distance just hanging in the sky. So they decided to drive towards it but couldn’t get any closer, it remained the same distance away for hours. Despite their intense curiosity and being straight up creeped out, they eventually gave up and drove into Marfa.

Later that night they drove out to Highway 90 and witnessed firsthand the spectacle that is the Marfa Lights. Bright orbs of light darting back and forth in front of a mountain range above the desert scrub, appearing and disappearing, merging together, splitting apart, or sometimes just hovering in the same place for a bit. Totally wild stuff. Even Leroy was impressed! The next day Kat scrawled down some notes about their experience with the UFO and the mystery lights, stuffed them in the glovebox and they moved on West to play El Paso that night.

A year later, during a brutal heatwave in the middle of Summer in Los Angeles Leroy was working on a new song while hotboxing himself to delirium in his tiny bedroom. He had the door and window closed and the fan turned off to keep out the noise so he had to work quick or risk certain death! Armed only with an 808 drum machine and his guitar he got to work. He emerged 20 minutes later, drenched in sweat with the start of a new demo, named “Cake Song”. He had a monotone “Cake” (the band) style melody in mind and needed some lyrical inspiration. After working on some random lyrics with Kat she remembered the Marfa notes in the glovebox. Once they had their inspiration the song practically wrote it’s self within minutes. Excited to record their tale they laid down the vocals in the hotbox that same day, emerging dehydrated and 5kg lighter, but with the Marfa Lights demo in the bag.

Fast forward to 2018 and the duo head into the studio to record a bunch of demos they’ve been sitting on. But unlike all the other demos Marfa Lights wasn’t really tampered with too much, the demo already had all the feels they were after. They added a couple of bit’s and pieces, most memorably a late night floor tom and snare “drum-circle” session with producer/engineer/drummer Dylan Adams to add some extra oomph and drive the song home, but the rest was left as it was originally created; vocals, a guitar and an 808 in the smokey heat of a tiny room.