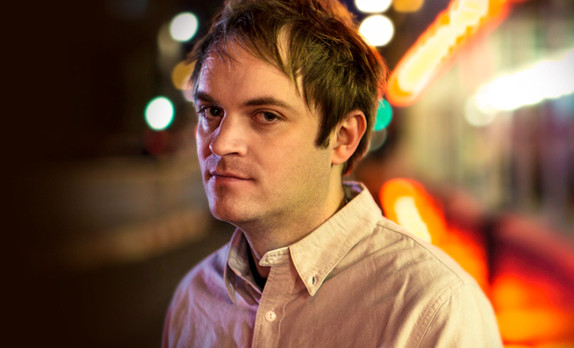 Northern Transmissions talks to James Chapman Aka ‘Maps’. His album Vicissitude comes out next week on Mute Records.

NT: Were you going through a bit of contemplation while writing Vicissitude?

JC: Yes, after finishing the second album I took some time off for personal reasons. I wanted time to think about my roots. This album is more based on my songwriting. I kind of went through a bit of a dark period which led to the album. I really immersed myself in the process. I think that it made me think and focus on the music. Mute was really patient with me. It’s been a bit of a journey.

NT: Did you find yourself pushing harder after the critical acclaim you received for We Can Create?

JC: The pressure has always come from myself. It can be a negative thing sometimes. You can really second-guess yourself at times. I make an effort not to think about it, and just try to stay focused on the music.

NT: You recorded the new album at home. Many artists need to get away from home to focus more. Are you more comfortable being in familiar surroundings?

JC: Definitely. The whole concept about making music, is an escape for me. That’s why I really started making music. It is such a passion as well. The best time for me is being at home in my studio in the evening. It is a creative time for me. I hit my stride when people are just kind of winding down. The 9-5 thing is not in me. I’m really quite lucky to be able to make a living playing music. I have no idea what else I would be doing.

NT: You once said the theme of your album Tuning The Mind was about ‘mental states and chemicals’. Is this related to the constant need to be creating?

JC: I work on my own and really try and motivate myself. Sometimes ideas don’t come very easy. There are times when I think, should I wait for a creative Idea to come to me? but realistically, that’s not part of my character. I think with Vicissitude, the process was a bit more natural. Sometimes, just sitting down in front of the computer can really create inspiration. I think you can draw your own conclusions about the chemical part.

NT: Do you think the human mind can be permanently conditioned to change through music and visualizations?

JC: I think it can change your mind, I’m not sure about permanently though. The mind really reacts to music in different ways. I find listening to melancholy music to be quite uplifting at times. Sometimes uplifting or positive music can actually have the reverse effect. It can actually bring people down. I have always connected to music that has triggered empathy. There are also different sound effects or chord progressions which can do that as well.

NT: Tell me a bit about working with ‘A Place To Bury Strangers’ on the ‘Are We supposed To Die Smiling’ remix.

JC: At the time they were on Mute Records as well. A mutual friend thought it would be a good idea for us to do something together. I’m a big fan of the band, they really do interesting stuff sonically. I was also pretty happy with how the track turned out.