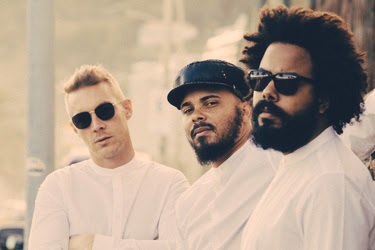 Major Lazer is releasing a collection of official remixes of their track “Lean On” with DJ Snake featuring MØ, with new versions of the track from Dillon Francis & JAUZ, CRNKN, Ephwurd & ETC!ETC!, Fono, Malaa and Moska.

“Major Lazer is just a group of friends who all came together years ago,” says Diplo of the new release. “This album is a learning process for us—trying to make new things, making new friends and going for a bolder sound. The only rule we have is nothing was off limits to make this album”.

The new release is the first of several albums to come from Major Lazer over the next year. Peace Is The Mission features contributions from Ellie Goulding, 2 Chainz, Pusha T, Travi$ Scott, Wild Belle and more in addition to a new remix of Major Lazer’s contribution to the Hunger Games: Mockingjay Pt. 1 soundtrack, “All My Love” with Ariana Grande, featuring Michael Montano.

Major Lazer is the dancehall-inspired project comprised of Diplo, Jillionaire and Walshy Fire fronted by fictional Jamaican ex-commando, Major Lazer. Peace Is The Mission follows the group’s previous two LPs, Guns Don’t Kill People…Lazers Do and Free The Universe, both released to widespread critical acclaim. Founded in 2008 by Diplo and U.K. producer Switch, the group has toured worldwide and collaborated with Pharrell Williams, Bruno Mars and Ezra Koenig of Vampire Weekend along with dancehall legends like Busy Signal, Vybz Kartel and Elephant Man.