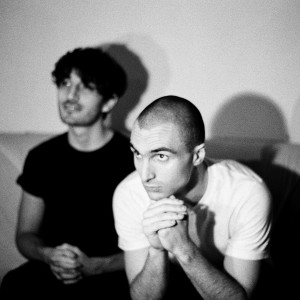 Majical Cloudz is Montreal-based songwriter Devon Welsh, with producer and live collaborator Matthew Otto. Their introspective brand of synth-driven music is characterized by an almost architectural desire for balance, crafting songs that are as sonically minimal as they are emotionally complex, equally reliant on negative, hollow space and lush, warm textures. Welsh bares his soul through carefully articulated stories, oriented around themes of death, patience, family and desire. Their live performance is deeply expressive and raw, Welsh’s rich baritone woven into intricate stories amidst washes of white noise, filtered synths and sparse thuds.

Majical Cloudz Matador debut will be out later this year.