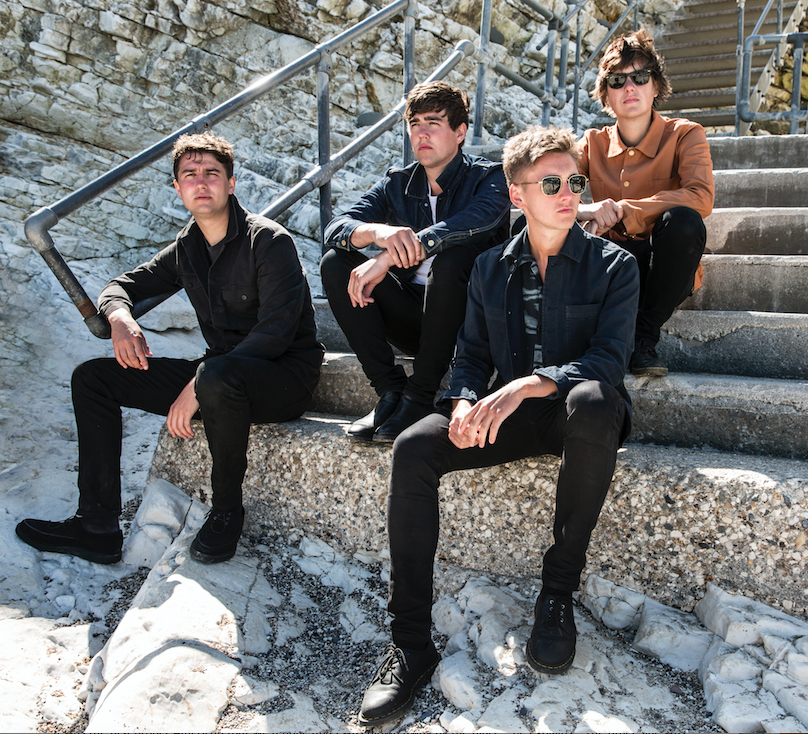 Sheffield, UK band The Sherlocks, recently shared their new single “Magic Man”, the song is off their album Under Your Sky, available October 4th on Infectious Music. “Magic Man” is the second track to be shared from their new album after lead single ‘NYC (Sing It Loud)’).

That approach – worldly songs with one eye cast homeward – is perfectly demonstrated in the album’s lead single received its exclusive first play courtesy of Annie Mac at Radio 1. “I wanna see the world with you,” Kiaran sings, imagining “getting lost in the city for a day” with someone left behind.

“It was the first proper American tour we’d done and I was blown away by the place,” he explains. “The other side was wishing certain people could be there to see it with me. When you know people are at home and you’re having such a good time, you think, ‘If you could see what I’m seeing.’ Even though I’m in New York, I’m still thinking about people at home who I wish could see New York who have never been and may never go.”

Under Your Sky‘s songs are largely born from experiences, often specific to Kiaran in circumstance but largely universal in emotion. The driving ‘I Want It All’ reminisces over a gloriously stormy festival weekend in Wales, along with other memorable moments Kiaran has spent with a special someone. Then the Springsteen-tinged ‘Time To Go’ celebrates the more casual romantic encounter.

The Sherlocks are Kiaran’s brother Brandon (drums) and the Davidson siblings Josh(guitar) and Andy(bass) – opted for a more structured recording process that they had with their debut. They spent four weeks working Monday to Friday at Liverpool’s Parr Street Studios, with The Coral’s James Skelly on production duties.

“The first album was us four in a room,” Kiaran summarises. “We wanted to make it really raw like the Arctic Monkeys’ first album or Kings Of Leon’s. We wanted to capture the live sound and polish it up a bit. With this one we’ve taken it a step further and made it slightly smoother and put more keyboards in. Rather than having the guitars thrashing all the time we’ve tried being a bit sweeter with it. It sounds more contemporary, I can hear it on Radio 1.”

The Sherlocks
Under Your Sky
tracklist