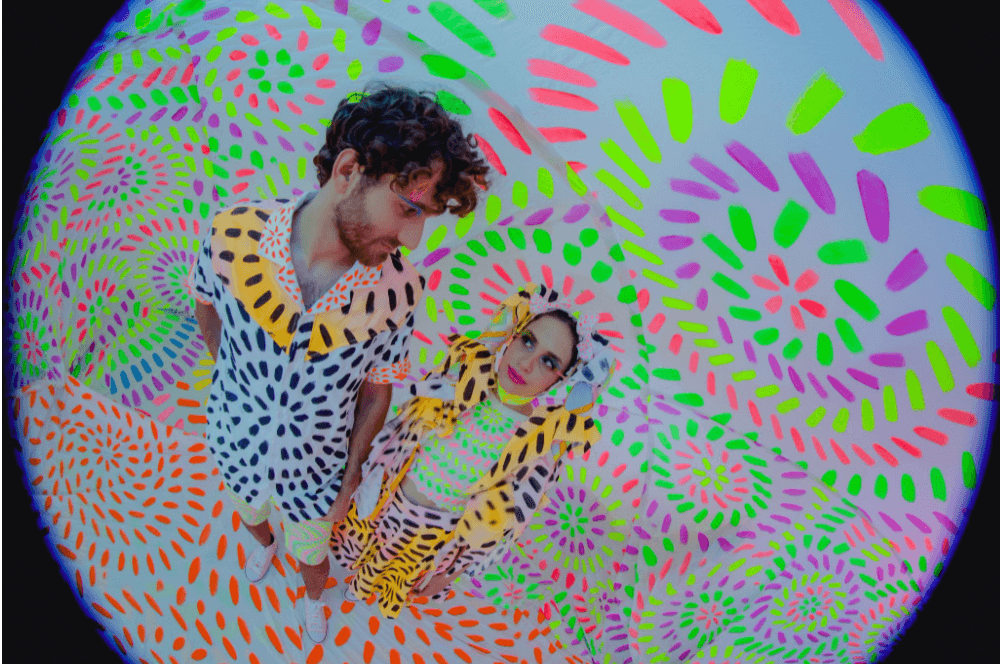 Magdalena Bay, release their new album Mercurial World on October 8, via Luminelle Recordings. The EP was entirely written, produced, performed, mixed and mastered by Magdalena Bay. It’s the follow-up to their latest EP, A Little Rhythm and a Wicked Feeling, which was released on North America’s COVID-19 Eve, March 13, 2020. With sold-out tours with Kero Kero Bonito and Yumi Zouma canceled, the Los Angeles duo found a way to thrive while they were stuck indoors. As the duo have always been Extremely Online, they were uniquely primed to meet the moment, and used social platforms to organically build a dedicated following and dispatch their music in hypnotic, ephemeral bursts. From cult brochures mailed to unsuspecting fans and an immersive y2k-inspired website, to easter-eggs scattered throughout videos

Ahead of this week’s album release, Magdalena Bay share one last preview of the record in the form of “Hysterical Us.” “’Hysterical Us’ is about our anxieties, paranoias and existential musings,” the band explains. Of the video, which was made in New Orleans, the band continues, “We loved being able to interpret all these heavy questions through the colorful world of MILAGROS Collective.”