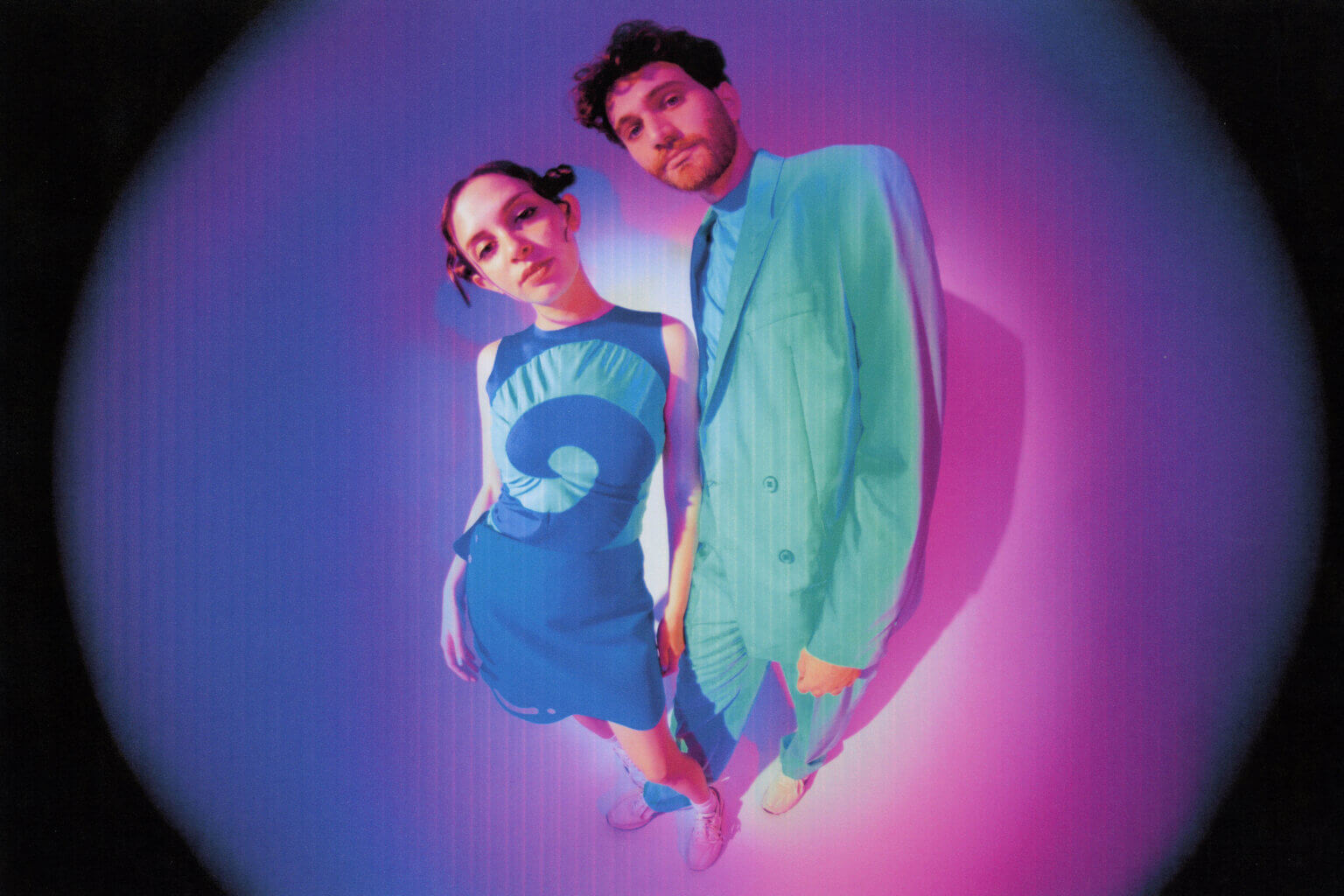 Los Angeles-based electro indie-pop duo Magdalena Bay—a.k.a. Mica Tenenbaum and Matthew Lewin—released their long-awaited debut album, Mercurial World, this Fall to mass critical acclaim. Now, as the band just wrapped up a largely sold-out support tour with George Clanton, Magdalena Bay announce their first-ever headline tour. See below to find a show near you, and watch a live performance video of “You Lose!” to get a sneak preview of what to expect when you see the duo live and step into their Mercurial World.

Magdalena Bay released their debut full-length LP, Mercurial World, on October 8, via Luminelle. Entirely written, produced, recorded, mixed and mastered by the duo, Mercurial World proposes an abstract theory of time and explores the staggering “what ifs” that make up the human experience. Approaching reality as a construct allows Magdalena Bay to enact their own, one that is committed to nothing but expanding the possible. Even the album’s sequencing hints at the eternal: the first track is titled “The End,” the last is “The Beginning,” forming a perfect loop when you listen to it straight through. “Matt, Matt, wake up!” Tenenbaum whispers on the introductory track. “I was thinking about how there’s no true end to anything/ Everything comes from and goes to the same place: NOWHERE.”

“Mercurial World has a lot of outsized themes on it, like destiny, death, and doing the impossible,” Tenenbaum explains. “It’s not exactly a concept album, but we love prog-rock, so we love a concept.”

Tenenbaum and Lewin met over a decade ago at an after-school music program in their hometown of Miami, where they bonded over a shared love of Genesis and King Crimson, eventually starting a prog-rock band together that lasted until they moved away to college. The two reconnected after freshman year and decided to continue their teen rock project, this time in a radically new form that would come to be Magdalena Bay. “We started discovering all of this experimental pop music that pushed the boundaries of what ‘pop’ really means,” Lewin says.