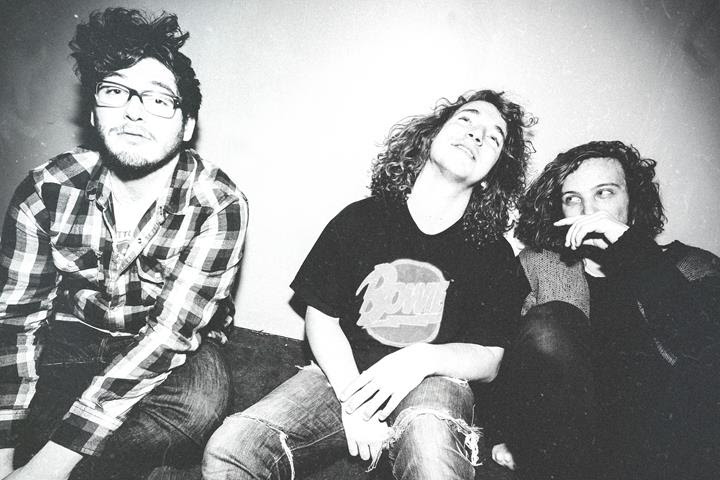 If you asked them a year ago if they’d be here today, Made Violent wouldn’t be able to tell you. It was then that the trio – Joseph White (bass/vocals), Rob Romano (guitar) and Justin Acee (drums) – secluded themselves in a cabin to make music. No aspirations, no five-year plan.

But the story starts long before that. For years, the three had not only been best friends – they’d been almost inseparable.

“One of them would buy me a Four Loko and I’d sit on a couch in their practice space and watch them play,” says White, whose 21st birthday is still months away. “Then I’d go to high school in the morning. I told them I was 19.”

Fast forward to 2014 – the band casually releases “Wasted Days” online, “a song about losing everything,” says Acee. To their surprise, “Wasted Days” would catch the attention of UK heavyweight NME Magazine. Not long after, the band would find a home at Columbia Records’ tastemaker imprint, Startime International.

Now, the trio has produced their virgin release – a self-titled EP full of subtle nods to their rock and roll forefathers from America and across the pond.

The songs go from sweet to salty on a dime. White abandons the drawl he delivers in “Wasted Days” for a snotty tone on “Inside Out,” a seemingly Adderall-laced song about “being tired of someone’s shit.” Minutes later, the band picks up where “Wasted Days” leaves off with the bright and shiny “On My Own,” in which White’s vocals are nearly reminiscent of a hip-hop verse.

The band begins its second year of existence by releasing their Made Violent EP February 24th, making their first appearance at SXSW, and preaching the gospel of Made Violent anywhere they can. “We can’t wait to hop in our shitty van and drive across the country to play for anyone and everyone,” Romano quips. “Two things really matter to us – making as much good music as we can, and touring as much as we can. We never want to stop doing this.”