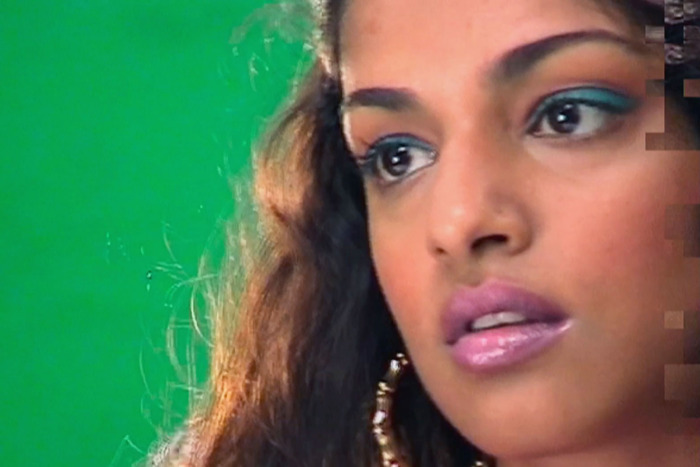 M.I.A. "Reload"
Share on TwitterShare on PinterestShare on PocketShare on RedditShare on FacebookShare on Email

M.I.A. has dropped a previously unreleased song and music video, from the M.I.A. archives. “Reload” was recorded in 2004, before the release of her debut album Galang. M.I.A. and Elastica’s Justine Frischmann were experimenting with the Roland 505 beat machine and “Reload” is the result; Justine wrote the beats and Maya (she had not yet established her pop star persona “M.I.A.”) wrote the lyrics. The music video was shot on a handheld video camera in Justine Frischmann’s basement, and it features Maya and her friends Rudy, Marsha and Deborah.

The song and video, were released, the same week MATANGI / MAYA / M.I.A. was released on iTunes in US, UK and Canada. MATANGI / MAYA / M.I.A. is a startlingly personal profile of the critically acclaimed artist, chronicling her remarkable journey from refugee to pop star. She began as Matangi. Daughter of the founder of Sri Lanka’s armed Tamil resistance, she hid from the government in the face of a vicious and bloody civil war. When her family fled to the UK, she became Maya, a precocious and creative immigrant teenager in London. The world met her as M.I.A. when she emerged on the global stage with a mashup, cut-and-paste persona that pulled from every corner of her journey; a sonic sketchbook that blended Tamil politics, art school punk, hip-hop beats and the unwavering voice of a burgeoning, multicultural youth. MATANGI / MAYA / M.I.A. provides unparalleled, intimate access to the artist in her battles with the music industry and mainstream media as she became one of the most recognizable, outspoken and provocative voices in music today.