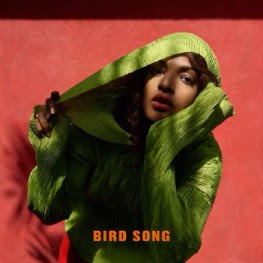 Today, M.I.A. has dropped her new track “Bird Song”. The song was produced by Blaqstarr and will be featured on M.I.A.’s new album AIM which will be released on Interscope Records September 9th.

“Bird Song” is the third track to be released from M.I.A.’s new album. Last month saw the release of the hypnotic, bass-heavy Skrillex and Blaqstarr produced “Go Off” accompanied by an M.I.A. directed video featuring images of controlled underground explosions in the desert that capture the fiery nature of the song. The previous single and video, the politically charged “Borders,” addressed the refugee crisis and the current global state of affairs — a topic that M.I.A., who escaped the violence of a civil war in Sri Lanka to come to London as a small child, has been vocal about throughout her career and will continue to touch on in her new album.