Lucy Rose Shares “No Good At All” Video 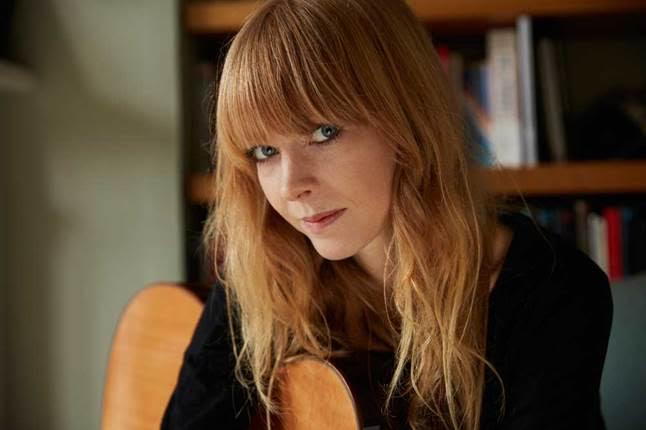 Lucy Rose is set to release her third record Something’s Changing July 7 in North America via Arts & Crafts. The album is accompanied by a fly-on-the-wall short film documenting her debut tour in Latin America last year, a trip that was independently organized by Rose with the help of her fans. The tour was the inspiration for the record and the film serves as an intimate account of this process. Rose kicks off the North American leg of her tour on October 5. A full list of tour dates can be found below.

In celebration of the new release, the video for the single “No Good At All” is now available. Of the video, Rose says “‘No Good At All’ is the oldest song on the album and was written just before I went on my first trip to Latin America. When I wrote it, I was kind of feeling that maybe I wasn’t good enough for music and was re-thinking everything. But it’s also got an element of love to it, finding the one to start a new life with, who one day you could settle down and have a family with. There’s a fair amount of self-doubt in this song, but positivity for the future, too.”

Rose embarked on the making of Something’s Changing following her tour for her second album Work It Out. Over time, she noticed a steady stream of tweets reaching her from Latin America, and the unlikely statistic that geographically her music was most popular on Spotify in Mexico City. It gave birth to the seed of an idea that became a real labor of love over the next six months. Lucy offered her fans in Latin America a deal: “If you book me a gig, I’ll come and stay.”

For two months Lucy, with her guitar, a camera and her backpack, toured Ecuador, Peru, Chile, Argentina, Paraguay, Uruguay, Brazil and Mexico, playing free shows, staying with fans and “falling back in love with making music.” The documentary of her experience there was inspired by “the kindness and faith in music of those she met includes fans blocking the street outside a gig above a launderette, trying to sleep on endless inter-city bus rides and living with families in out-of-the-way towns;” Rose’s husband Will Morris filmed as much as the experience as possible along the way.

Rose says “The documentary is a big part of this record. I think it explains why that trip was important and why it lead to me making the album that I’ve made. The trip gave me confidence to do things like record in just one take and the songs came more easily.”

With the insight gained during her travels, Lucy set out to make the third album on her own. Through friends she began a collaboration with Brighton producer Tim Bidwell, and in his home studio found the ideal place to explore songs for a new album. Every week Lucy would take the train to Brighton and created the new album in a mere 17 days.

Major contributions came from by Bidwell, in-house bassist Ben Daniels and drummer Chris Boot as well as guest appearances by Daughter’s Elena Tonra, Bear’s Den’s Marcus Hamblett and Matthew and The Atlas’ Emma Gatrill. On two tracks vocal harmonies are provided by The Staves (‘Floral Dresses’ and ‘Is This Called Home’).

“The songs just came more naturally after that trip, from feeling good and from learning so much about myself. I feel more comfortable in my own skin that I’ve ever felt in my life. So there is a lot of searching as well as a lot of discovery on this record.”

On select dates this year she’ll tour alongside the documentary, returning to Latin America first and then India, Europe and Asia along with North America.