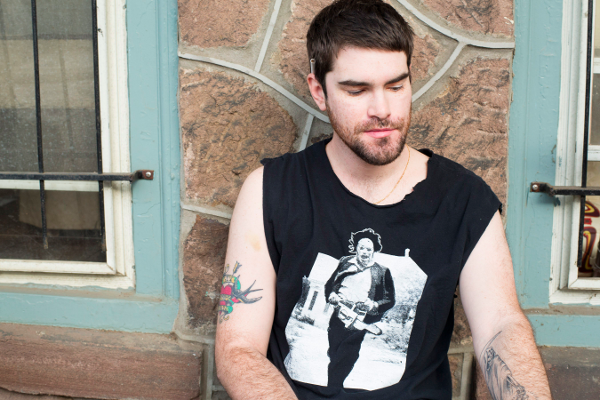 Lucky Number are delighted to announce the signing of Brandon Can’t Dance. A self-recorded and produced project from Philadelphia native Brandon Ayres, Brandon Can’t Dance has self-released several albums worth of material online before being picked up by the label. Today Lucky Number unveil “17”, the lead track from the LXVE EP, a six track collection of newly remastered Brandon Can’t Dance songs, available to download tomorrow, Friday 2nd September.

LXVE is an entirely self-recorded and produced EP. Brandon Can’t Dance has shared stages playing alongside the likes of Eskimeaux, LVL UP and Alex G, who also recommended Brandon’s music to Lucky Number. The pair head out on tour together in the US this November.

Having played in former band Rasputin’s Secret Police from when he was eleven years old, Brandon Can’t Dance began when Ayres’ started experimenting with his first loop pedal in his sophomore year of high school. “I became obsessed with looping anything I could find instrument wise”, Brandon says. “I had just got into early Magnetic Fields and Joy Division and pretty much just wanted make music that sounded like that. It was just another outlet for music that wouldn’t work for my other band.”

As time progressed, so did his songwriting prowess. Brandon began working night shifts as a security guard, giving him the time, space and solitude to create something truly unique. Brandon says: “As far as being on a totally opposite sleeping schedule from the rest of the world because of my job, it’s given me a lot of time to work stuff out, whether it be music or life and what I want to do with myself. I think a lot of my music deals with feeling alone and spending way too much time in your head.”