Lucius have unleashed a head-turning music video for the catchy track, “Hey, Doreen.”The video is a cinematic play on a murder mystery filmed by the same Canadian duo, Leblanc + Cudmore, that captured the album track “Tempest.”

The video premieres as the Brooklyn-based quintet treks across Europe for a headlining tour (including shows in London and Dublin). The band will join Jack White as direct support for eight dates at the end of their current headlining tour, culminating with a show at London’s O2 Arena. The band will then return home to headline New York City’sTerminal 5 on Dec. 6. (Full tour dates below).

The video and tour dates are a continued celebration for the one-year anniversary of the band’s debut album Wildewoman. Earlier this month, the band released their Wildewoman Deluxe Edition, which features a collection of covers, live versions and remixes from the past year.

The past month on tour allowed fans to witness impromptu live collaborations with Jeff Tweedy (Wilco)  as well as members of The Head and the Heart. The former marks a continuing relationship between the two groups, with the girls having contributed to numerous tracks on Tweedy’s new album Sukierae, as well as on-stage appearances at Newport Folk Festival, The Tonight Show Starring Jimmy Fallon and The Colbert Report. For a taste of the love the band absorbs during their live performances, watch the crowd-filmed video of “Strangers” (The Kinks cover).

Wildewoman Deluxe Edition Track listing:
1. Wildewoman
2. Turn It Around
3. Go Home
4. Hey, Doreen
5. Tempest
6. Nothing Ordinary
7. Two Of Us On The Run
8. Until We Get There
9. Don’t Just Sit There
10. Monsters
11. How Loud Your Heart Gets
12. Turn It Around (Recorded Live at Sounds Like a Fire)
13. Everybody Wants to Rule the World
14. How Loud Your Heart Gets (Spotify Session curated by Jim Eno)
15. It Doesn’t Matter Anymore (Recorded Live in Brooklyn with JD McPherson)
16. Wonderful (Recorded live at KCSN, Los Angeles)
17. Don’t Just Sit There (Recorded Live at Sounds Like a Fire)
18. Genevieve
19. Until We Get There (Vlad Lucan Remix) 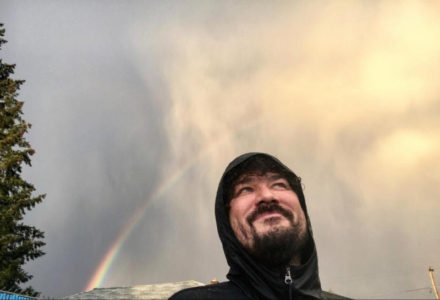