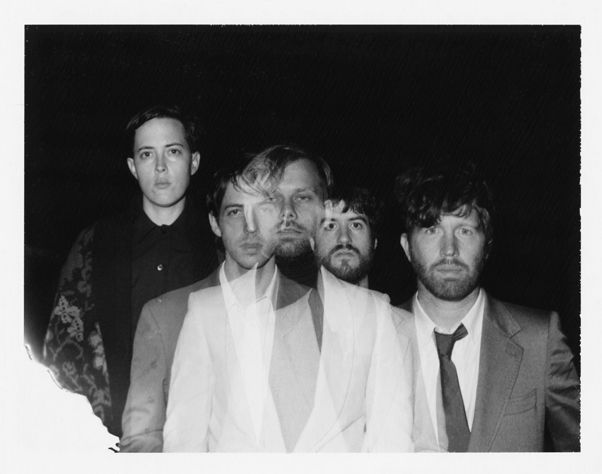 Lower Dens have premiered their video for their current single “To Die in L.A.” off of their forthcoming LP, Escape From Evil, which will be available March 31st, in North America (March 30, internationally) on Ribbon Music.

The video was directed by SSION’s Cody Critcheloe (Perfume Genius, Dum Dum Girls). It finds the self obsessed female protagonist, the song’s “heartbreaker,” trying to navigate through clichéd LA culture in a series of hyper idealized sequences.

Director SSION had the following to say: “I really connected with the song when Jana sent it to me, I’d been spending a lot of time in LA. The song inspired me to write the treatment around my friend/muse/singer/actress/goddess Actually Huizenga. She’s this quintessential 80s LA summerbabe in the video, simultaneously delusional and intelligent, dressed up in all of my current obsessions/impressions of LA as an outsider…”

Set against the backdrop of Los Angeles, it also showcases Lower Dens’ Jana Hunter’s ability to take the experiences common to many of our lives – love, fear, guilt, among other subject matter explored in this set of songs – and turn it into music that’s transformative and potent. “The song takes its name from the film, ‘To Live and Die in L.A.’, Jana divulges, “both the song and the film are about something wild, careless, exciting and tragic. The video needed to reflect that. Cody was the obvious choice. The first time I saw him in person, he was on top of a crowd in Monterrey, pelvic-thrusting and singing, as SSION. I fell in love immediately. Who better to translate this ode to reckless firebrands.