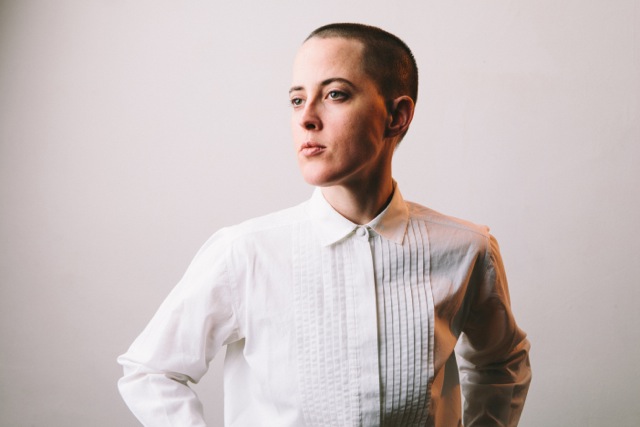 Lower Dens have released a new video for ‘Sucker’s Shangri-La’, the opening track from their recent album, Escape from Evil, released on March 31 on Ribbon Music.

The Zachary Treitz-directed (the recipient of the 2015 Tribeca Film Festival Best New Narrative Director for his directorial debut Men Go To Battle) video takes us into a Chinatown karaoke bar as a male singer tackles a song that speaks to Lower Dens’ Jana Hunter’s ability to take the experiences common to many of our lives – relationships, fear, guilt, among other subject matter – and turn it into music that’s emotive, transformative and potent and, in this case, a night out at the karaoke bar. Keep an eye on the projected karaoke video for a surprise or two.

Director Zachary Treitz had the following to say about the video:
“The karaoke bars in my neighborhood have these filler videos as background for the American pop songs. Most of them seem like they’re made in less than a day, start to finish, and they follow a basic formula, even though they’re unique to each song: girl, cars, body of water, shots of architecture. We made our own one with Jana in Baltimore, which was a lot of fun because once your in the mindset of those videos you start to see great shots everywhere that would otherwise seem terrible. But the music video itself takes place at a Chinatown karaoke bar, with the incredible Hiro Xu singing along to the video we made with Jana.”

The band are also set to begin their North American tour today which includes shows and several festival Forecastle in Louisville, GorillavsBear in Dallas + Austin, Capitol Hill Block Party in Seattle, and FYF in Los Angeles.

~ with Young Ejecta
$ with How To Dress Well
* with Empress Of
# with Abdu Ali
^ with Kurt Vile & The Violators, Waxahatchee