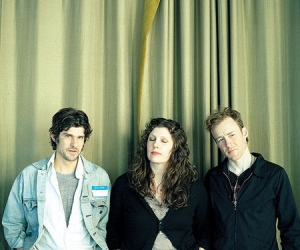 After performing a crowd-favorite live version of Rihanna’s “Stay” this past July, Low was inspired to record a proper studio version to help raise funds for Rock for Kids (see news story September 12th). Rock For Kids (www.rockforkids.org) provides music education to underserved children in Chicago. In between the festival and their ensuing European tour, Low returned home to record  the track at Sacred Heart in Duluth, MN. Low’s version of the pop ballad is a stunner and follows in the wake of the band’s March 2013, Jeff Tweedy-produced album The Invisible Way, and associated worldwide touring. Low will close out 2013 with an appearance at San Francisco’s Hardly Strictly Bluegrass Fest in early October and extensive touring in Europe and the UK in November. Low’s version of “Stay” is available through iTunes now (www.itunes.com/low) and will see wider digital release in the weeks to come.