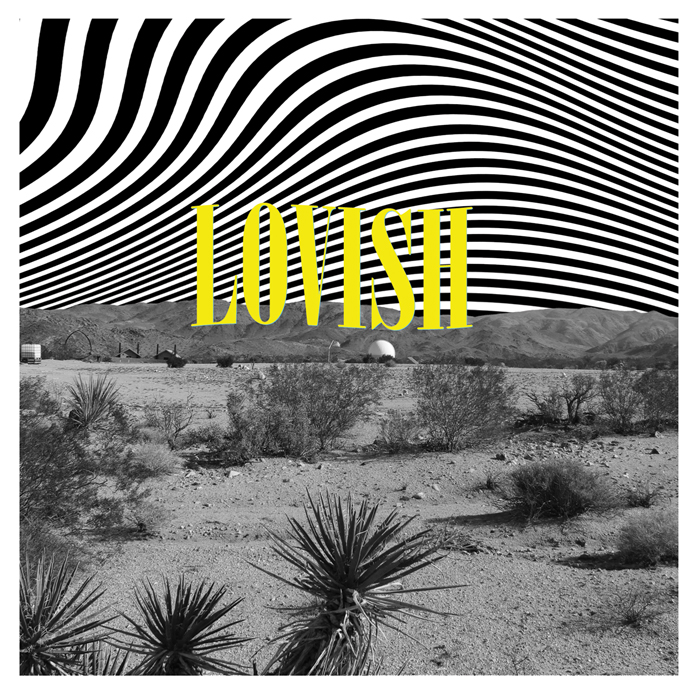 Saskatchewan ensemble Library Voices initially made a name for themselves with slick, cutesy pop-rock, but they radically overhauled their sound on 2014’s For John EP, which was a rollicking rave-up with defiantly lo-fi production values. The full-length Lovish acts as a continuation of that approach, as these songs feature demo-quality fidelity and arrangements that emphasize distorted guitars over the twee orchestrations of old.

The band frequently puts its noisiest foot forward on Lovish, as the songs draw heavily on classic pop, garage and psych. “Slacker” rides a fiery, fuzzed-out chord progression that gives way to ‘60s-inflected break of bendy guitarmonies and bongo-bopping percussion, while the crunchy “Zzyzx” comes complete with Stooges-style screaming sax, and “Bored in Berlin” is a hypnotic surge of geographical references and droning horns. By scuzzing up the arrangements, Library Voices seem to be intentionally challenging their fans and distancing themselves from the cheery prettiness of their early work: closer “Every Night” ends with three full minutes of abstract static, which is a boldly confrontational move if there ever was one.

The noisy numbers aren’t always highlights, however: opener “Oh Donna” awkwardly ping-pongs between riff-rock and an ill-fitting chorus ripped straight out of “Crimson and Clover,” while the bone-headed blooze licks of “Fangs of Love” sound like a half-baked Sam Roberts knockoff. Instead, the best moments come when Library Voices show off their quiet side. “Sunburnt in LA” is a gorgeous slice of new wave rock, with sighing synths and tinkling tones providing the beautifully bittersweet backdrop for a tale of romantic regret and the hopeful chorus, “I just want to take care of you, honey.” Similarly beautiful is “The Wild Roar of Love,” an understated ballad that succeeds on pure, plaintive emotion and culminates in an aching refrain of “You were gone / And god I miss you.” Library Voices occasionally succeed in applying this same sense of delicacy to their rocking material: the looming “Death by Small Talk” sports sultry sax purrs and a hook delivered in a near-whisper, while “Hey! Adrienne” is a ray of jangling of sunshine.

These songs are so beautiful that the DIY production values don’t quite do them justice. The frequent vocal distortion sometimes hinders the prettiness of the melodies, and the soundscapes have a muddy, recorded-in-a-closet style reminiscent of the Velvet Underground’s self-titled third record. As such, Lovish feels a bit like a missed opportunity. But while it’s tempting to fantasize about what “Sunburnt in LA” or “The Wild Roar of Love” might have sounded like with cleaner production, it’s clear that Library Voices’ lo-fi makeover has given them a creative spark that’s resulted in some truly beautiful songwriting.