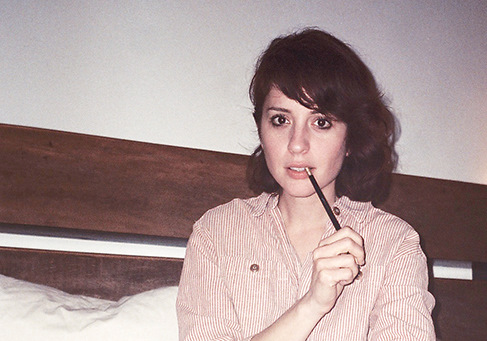 Singer/songwriter Nedelle Torrisi has released her new single, “Love to the Limit”. Torrisi says of “Love to The Limit,” “if someone is fake or half-way about giving you love, whether in a relationship or friendship, then it’s not worth your time. You deserve better. So I wrote this Reggaeton type song- ‘Love to the limit. Can you give it? If it’s not all the way then I can’t be in it.'”

Torrisi has just signed to Frenchkiss Records and today’s single marks her first for the label. She has confirmed select West Coast dates that start with a show on November 28 at Los Angeles’ No Name. She kicks off 2018 with a date at The Battery in San Francisco on January 4. All dates are below with more to be added.

Earlier this year Torrisi teamed with Julia Holter, and Nite Jewel to record their take on Depeche Mode’s “Condemnation” which was released via Domino Records. Previous to that she last released music in 2015 by way of the LP Advice From Paradise.

The Los Angeles-based Nedelle Torrisi has been playing music her entire life. And while her early emphasis was on jazz, (she has a degree in jazz music history) her musical career – from her previous solo albums to her work with Cryptacize (her band with Chris Cohen) has always contained more of a 90s-R&B sensibility. Beyond her own work Torrisi has contributed and played with a number of artists and bands whose ranks include Ariel Pink, Dev Hynes and Sufjan Stevens.