Pynkie AKA: Lindsey Radice, recently announced her new album, #37, will drop on October 16th via House Arrest. Along with the news Pynkie has shared a new video for her latest single “Love Theme.” The New Jersey native brings her own distinct style, work ethic, and personality to her nursing and music career alike. Following Radice’s first, self-produced album neoteny. For #37, Radice decamped on her days off of nursing to a small studio in Queen’s Rockaway Beach with bandmates John Messina and Josh Bartsch rounding out the lineup. They would meet whenever Radice’s nursing schedule would allow for it to experiment and find the her sound.

Heavier feelings are at the heart of #37. The album name is a reference to Radice’s mother’s first husband, who died early into their marriage, leaving two children behind (Radice’s older sisters). #37was his high school football number, and it has remained significant in her own life. “My mom and sisters feel that 37 is very symbolic of him,” she says. “They see it everywhere and usually at very strangely coincidental moments. They feel like it’s him looking down and protecting them. Then I started seeing it all the time too, and it just turned into this magical/meaningful number in my mind, especially during the time I was making this album.” 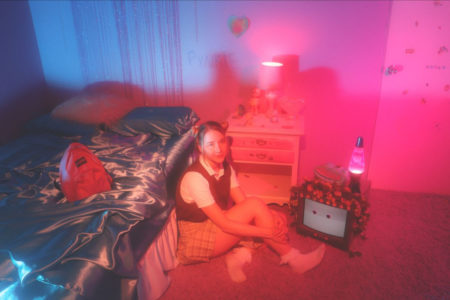