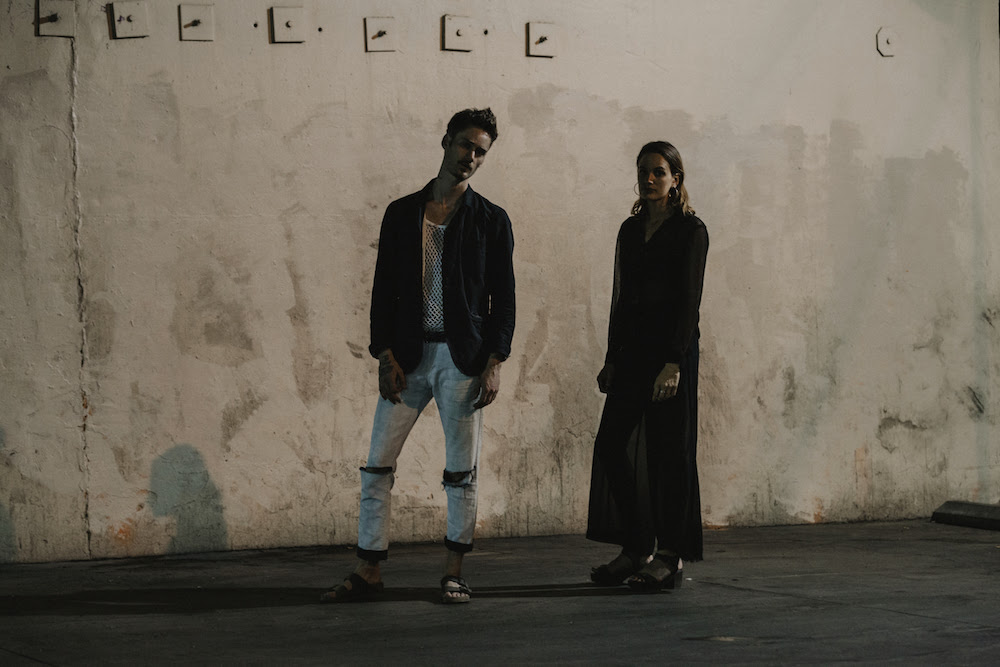 This week, Lost Under Heaven (LUH) released a new video to accompany the track “Lament” which is featured on their full-length Spiritual Songs For Lovers To Sing.

The Patrick Blades-directed video sees the band pace through the desolate boarded up streets of Toxteth in Liverpool, a setting that perfectly reflects the highly politicized themes of the song: that of dissolution, hopelessness, (and rather poignantly after the events of this week) a defiant stance against world leaders.

The video marks the end of an incredibly busy year for Lost Under Heaven whose debut album Spiritual Songs For Lovers To Sing (released in May on Mute) and numerous live live performances. the pair – Ellery Roberts and Ebony Hoorn – have curated a one off UK show in Roberts’s home town of Manchester. Titled ‘A Congregation Of Young Dissent’, the show will take place at The White Hotel on December 1st. The duo will also play a run of dates. kicking off on November 18th.

Spiritual Songs For Lovers To Sing is available now on Mute. The album was produced by The Haxan Cloak (known for his own experimental compositions and work on Björk’s Vulnicura album) on the island of Osea.