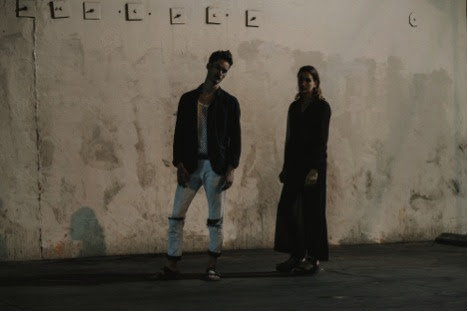 UK band Lost Under Heaven (LUH) has released a new live video for their track Spiritual Songs For Lovers To Sing, now available via Mute Records. The album was produced on the island of Osea by The Haxan Cloak (known for his own experimental compositions and work on Björk’s Vulnicura album).

The clip was released as a taster of their forthcoming performances at the Reading and Leeds festival this weekend. For those heading to either site they’ll be playing on the Festival Republic stage at 7:25 (Friday at Reading and Saturday at Leeds)

Lost Under Heaven is Ellery Roberts and Ebony Hoorn. Over the past two years, they have been releasing music, art, photography, film and manifestos into the world, starting with 2014’s “Unites” video and the expansive “Lost Under Heaven” music and artwork package at the end of last year, all culminating with the release of full length album Spiritual Songs For Lovers To Sing in May of 2016.

Ellery’s name might be familiar as the frontman of WU LYF, whose raw and primal voice helped create a sound that shaped a new model for the untamed fury of youth. Ebony is an audio-visual artist based in Amsterdam, where the pair now live.