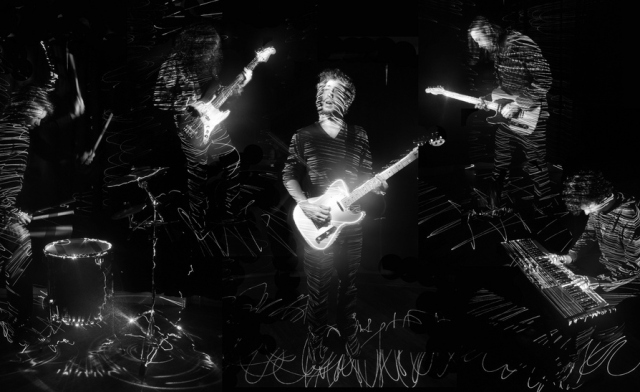 Over the past few years, Phoria have become known for their colourful, visually evocative soundscapes with the release of two EP’s: 2013’s ‘Bloodworks’ and 2014’s ‘Display’. The band recently announced their debut album ‘Volition’, out 3rd June on X Novo Records.

Phoria are headed by the  Trewin Howard, a deeply sensitive character in tune with his surroundings, empowered with synaesthesia and once afflicted with a mysterious – still undiagnosed – illness that left his senses frayed and mind on edge. Ironically, when this illness ebbed, it left behind an even more heightened auditory perception. He is joined by two friends he has known all his life (guitarist Jeb Hardwick, piano/synth player Ed Sanderson) and two others (drummer Seryn Burden and bass/synth player Tim Douglas), who he feels he has known forever. Phoria start to make sense with this strong backbone and incredible bond in place. At one point, they stopped trying to be a conventional band and started to be something else; they decided to be applied technicians in a self-created sonic laboratory named Phoria.

Phoria‘s songs aren’t what you’d call conventional. Trewin never wanted to be a storyteller – he says he subscribes to the model of saying very little to say a lot. ‘Red’ is inspired by a conversation Trewin had with someone about lying to people, while ‘Evolve’ is a mash-up of ideas about evolution and the future of society. The other songs on ‘Volition’ take in various themes in the form of: love, art, science, the way people touch and change and move each other, sex, mortality, scale, insignificance, morality, pain, joy, fear, obscurity, the surreal, the absurd, and beauty. The lyrics usually come out in one recording, altogether, and they feel whole, multi-dimensional, and real.

Phoria are a full multi-sensory experience in every way. Jeb does installations and interactive projections for the group’s live set. How strange it is that this group were called Phoria before Trewin’s world was recast and reshaped – focusing on the importance of the senses, and how they can travel in different directions, in the first place. Phoria have always had a heart and pulse and soul behind them, and long may it shine: an epic core of friendship played out, played loud, deep in sound and light. 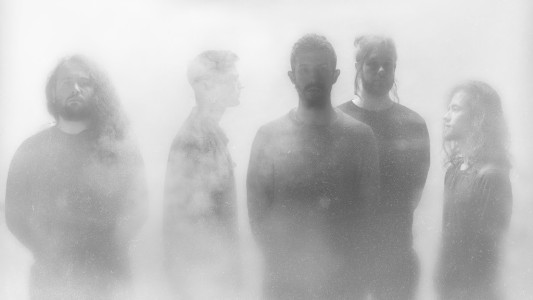 “Everything Beta” by Phoria