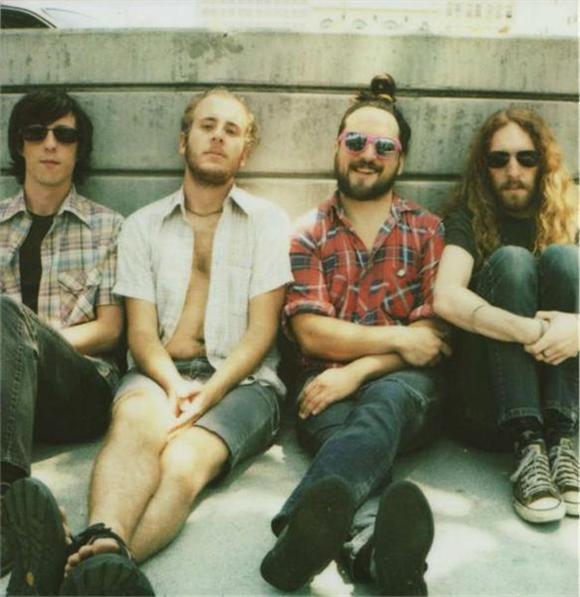 Kill Rock Stars announces the signing of Los Angeles’ Hands. The band’s debut full-length, Synesthesia due April 30, follows up their well-received Massive Context EP (Small Plates) released last year and a 7″ to be released on White Iris in later this month.  The band also released an album trailer which is available to post and share via YouTube. Synesthesia is now available for pre-order and Hands will be touring to SXSW in support of the release.

Hands makes music like a rip tide, swirling in overlapping loops and riffs, slowly enveloping you. The group’s members – Geoff Halliday, Ryan Sweeney, Sean Hess and Alex Staniloff – craft their hypnotic sound from a single dropping note that builds into a reverberating roar that crashes over you like a wave. It’s a mesmerizing trick that they pull off on their debut LP, Synesthesia. Songs like “Videolove” and “Trouble” show Hands’ innate ability to blend instruments and electronics into a deep texture that moves ethereally through genres. Hands moves from rock to synth-pop to skyrocketing stadium anthem, often within the same song. The interplay of Sweeney’s esoteric guitar riffs, Hess’ technical tempos, Staniloff’s thumping bass and Halliday’s soaring vocals and affected keyboards help Hands build a dynamic atmosphere, where a lesser band would only manage empty atmospherics.A relative newcomer to the LA scene, Hands began as a two-piece from Philadelphia before Halliday and Sweeney headed west and added the low and thump of Hess and Staniloff.