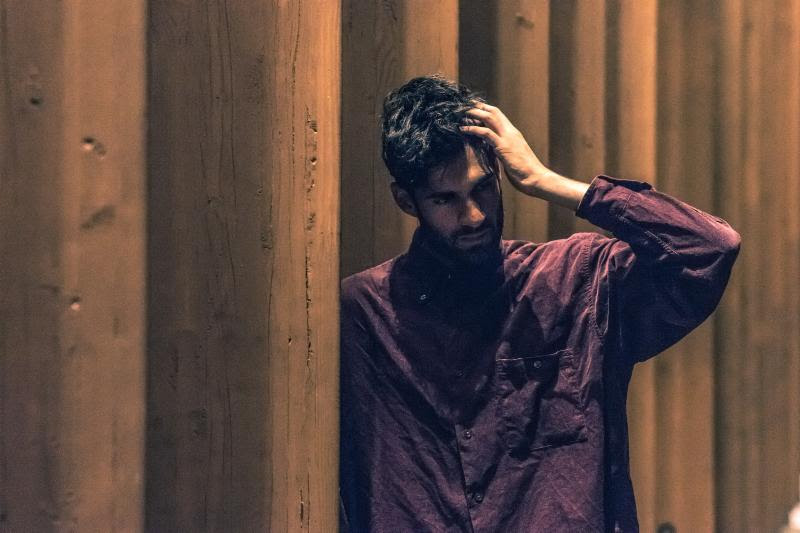 On the heels of early singles “Shook” and “Stoked Tourist,” Adult Swim and Ghostly International are back today to share the new album from Brooklyn-based producer Lord RAJA. PARA, the followup to A Constant Moth (his 2014 LP for Ghostly International), was inspired by a trip to the famous synth store Switched On in Austin and is being released for free today by Adult Swim as a holiday gift to fans.

Chester Raj Anand, who records as Lord RAJA, may have been in Austin to perform at SXSW, but he wasn’t going to leave without bringing home a few things for himself. “While I was there,” he explains, “I went to that famous synth store, Switched On, and my mind was blown. They had everything– all these modular synths, a mellotron, Elektron synths. Just everything.” As he was surveying the goods, a plan began to form. “I asked the person who was working there, ‘ Would it be OK if I took my laptop and recorded some sounds?’ And I just started going crazy — plugging everything in, trying out different things, messing with drum machines, and recording all of it using RME Babyface. When I walked out, I felt like I had made off with the loot.”

Those sounds formed the basis for PARA, RAJA’ s second full-length and the first that fully captures his vision for his music. “This is probably my most successful attempt at making a consistent work,” he says. “I was really conscious about making a record that wouldn’t alienate people.”

Which doesn’t mean he cut back on experimentation. Every song makes use of RAJA’ s Lexicon PCM 90 and an Eventide H3000 that he modified himself to get the effects he heard in his head. RAJA used these processors as instruments, creating customized reverb and textures to suit each song. In the background of the slowly-pooling into “Stars” is a sample of a man screaming in Hindi that RAJA recorded at a play in India with his iPhone. That same song opens with chords from RAJA’ s H3000-affected Yamaha YS 100 synth, making for a kind of orchestral commencement before the chaos that follows. On “Ride Out,” which he describes as “Bone Thugs-inspired,” he used a vocoder app to stretch and warp his voice. And “H3000” came by its otherworldly sound after RAJA took a song he recorded on his iPad and slowed it down using reel-to-reel tape. “‘Inclusion’ was the theme of this record,” he explains. “Innovation can be done in a very disciplined and subtle way. Look at Prince’ s discography — the stuff he’s doing is still, to this day, immensely innovative, but you wouldn’t feel so challenged by it that you think, ‘I can only listen to this at a certain time.’ Too many people take the approach, ‘If you don’t get this, you’re not complex enough — you’ re not part of the future.’ I think people who talk like that are on the wrong side of history.”

Though they were recorded in a variety of locations — in hotel rooms while RAJA was on tour, or while he was traveling throughout the Indian state of Rajasthan, all of the songs on PARA move within a specific, ordered universe. “Zerulean,” with its skittering drum track, nods to RAJA’s work in hip-hop, blending warped synths with a heaving rhythm. “Butterfly on a Jet” summons both the anxiety and tranquility of its title, synths bobbing and darting over rattling drums. And “Koi Fish,” which RAJA says was inspired by Jersey Club, wobbles and leaps, a dance song engineered for early mornings. Throughout the record there are hints of the music RAJA grew up on — trace elements of hip-hop in “Flying Towards the Ground,” soulful club music in “Broken Computer,” glitchy jungle rhythms in “Shook.”