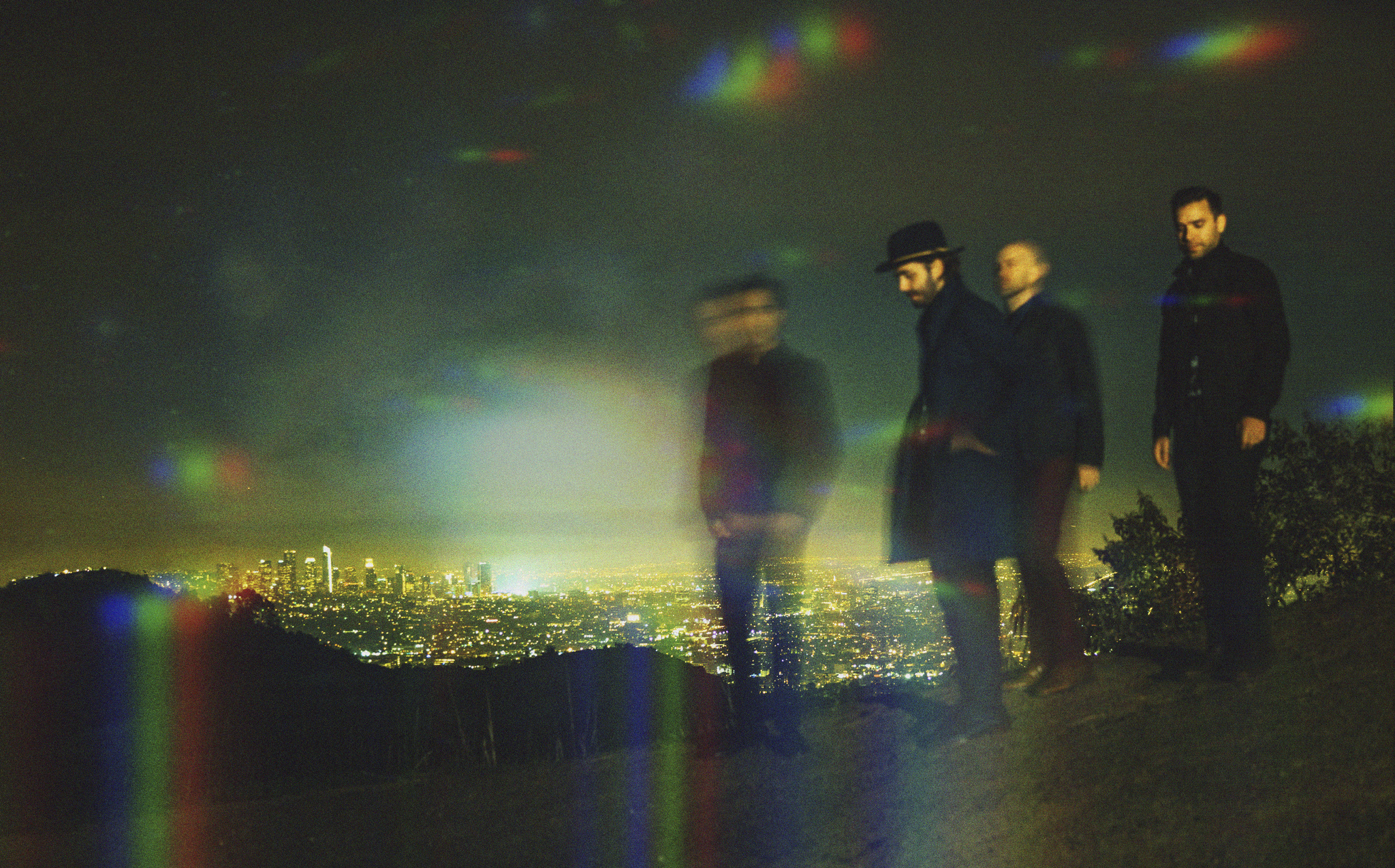 While freedom has its own set of fall-backs, for Lord Huron’s Ben Schneider it let him write the album he needed to make. For Vide Noir Schneider’s restless nights led to an album about Los Angeles that Lord Huron and endless arrangements fleshed out into a true story-record. We caught up with Schneider ahead of Lord Huron’s North American tour to talk about adapting lavish instrumentation for a tour and how their new record came to light.

Northern Transmissions: What did writing and recording Vide Noir over such a long span of time in your studio offer you that just taking a few months would’ve lost?

Ben Schneider: The first album had been my whole life leading up to it, you have all these ideas marinating for a really long time. And even across two years, you’re not writing or recording every day of that, but the songs are percolating or taking shape even when you’re not conscious of it. I’ve always been a big believer in letting ideas naturally present themselves and develop. We always like to do other artistic things around them too, so it’s nice to have the time. We were also out of our label deal and had our own studio, so we weren’t under the gun or had any pressure to put something out quickly for one reason or another.

NT: How did restless exploring of L.A. inspire this record, and was this gradual sense of wandering part of the reason you didn’t want to force the album?

BS: The restlessness has been something I’ve dealt with in my life in one way or another, and I tend to wander through the city. L.A. is great for that because there’s the valley, the ocean and tons of great landscapes. It was a great inspiration for this night time odyssey through the city, which shapes the narrative of the album. I was thinking about other stories that had been told in L.A. and it all just felt like a good fit.

NT: How did Dave Fridmann get involved and considering his eccentric pedigree with bands like MGMT and Flaming Lips what did he bring to the album?

BS: I’d had Dave in mind to mix the album originally, and he was so busy that it didn’t look like it would work out. We’d finished the album and were looking to just mix it, and then he called to work on the record and we dropped everything to fly out. He’s such a creative mixer, he knew everything we were going for and he’s very collaborative. It was a great two weeks just working with him intensely. Another thing he brought was the way he structures his life, he’s so busy but he keeps his personal life very stable. We as a band had been thinking about that a lot, so he helped us look at living a full life while staying creative.

NT: Looking at all the cool non-musical ways you’ve expanded on your music in the past, how did you come up with the Lynchian infomercial/skipping TV concept for this album & what was it like working on that video?

BS: That was such a blast. When you put out a record, we want to promote a record in a more interesting or engaging way. This time we had the idea to sell the record in a more traditional, late-night infomercial aesthetic. We could sell it shamelessly that way while still making it more interesting. We thought it would be crazy for people to flip on the TV at night and see an infomercial selling items with the secrets to the cosmos. It was a way to expand on themes of the record while inserting humour into it. We also preview the music throughout it as well.

NT: What kind of responses did the late-night TV broadcasts of your video get?

BS: It was cool to actually buy air time across the U.S., maybe some old ladies came across it. We heard from a few stations about people calling in to ask what it was. A lot of fans dug up hidden messages in the video, some were planned, others definitely were over read into. (laughs)

NT: There’s so much going on with the record, especially with all the instrumentation so how did you find compromising that for touring with Lord Huron while still bringing a great show?

BS: We think of the show as something else from the album, we don’t try to recreate the recorded material note for note. What we try to do is to make the most with the six of us there to fill out the essence of a song. We want the vibe to really be there in the live setting. It can be hard for some songs, and we’re still figuring that out now. We have the live show a lot more in mind these days so most of the new songs we can recreate with that.

NT: What inspired some of the more cult-like and supernatural themes on the record, and the self-made ones like “Balancer’s Eye”?

BS: When it comes down to it, I’m a big believer in science and reality, and I’m not at all a religious person in my life. I do however find a beauty in all of that, and I lament the loss of some of the superstitious beliefs that people had. Some stuff sticks around too like the 13th floor of buildings, and ways people have come to explain things. Along with the destruction that some of these beliefs have brought they also have an interesting way to explore our world.