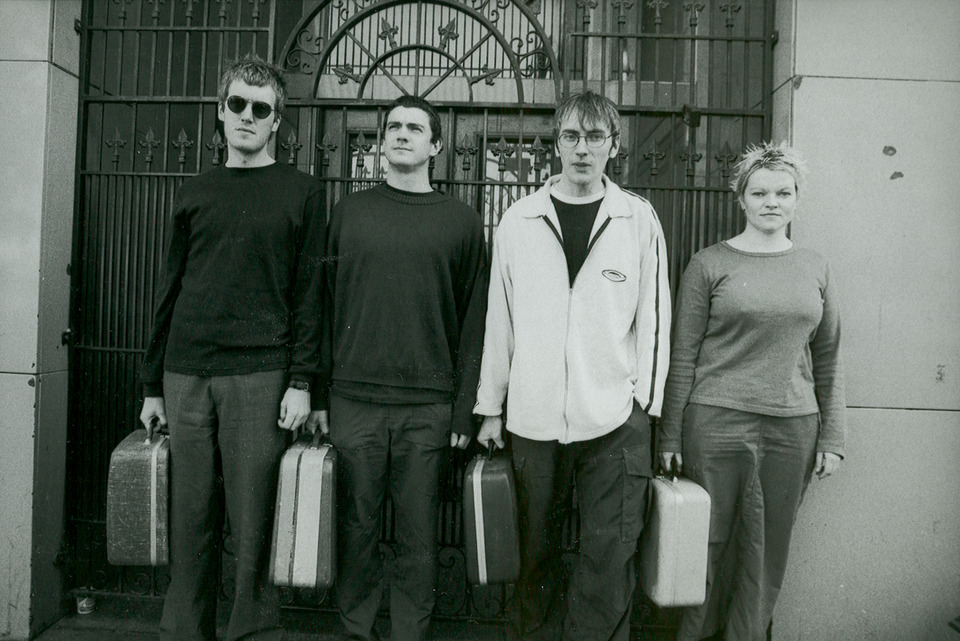 Looper have created a video for the track “I’m a Photograph” from their new album Offgrid:Offline using vintage band photos alongside fan photographs submitted for a recent contest with creative camera company Lomography. Contestants were asked to send in their 10 best summer shots for the chance to be included in a forthcoming video.

Looper’s new album was recorded at their remote home in the countryside, a new set of songs and stories – inspired by the return to peace and quiet, and influenced by indie-folk music. Conscious of the very different styles of previous albums, Looper set out to bring together elements of each into this new work. Structured like the first album, around a recurring melody, Offgrid: Offline is thematically centred on the spoken word piece which gives the album its title, drawing together the musical motifs and lyrical themes from throughout.

Looper emerged from Belle & Sebastian in 1997, when Stuart David (co-founder and bass player of B&S) and his wife Karn (an artist who directed the early B&S videos) collaborated for a show at Glasgow School of Art. A degree show fundraiser for Stuart’s sister Karla Black, since nothing broke down and everyone clapped, they decided to keep doing it.

Looper also released a 5 CD retrospective box set, These Things, earlier this year. The box set collates tracks from their entire catalogue. In an inventive reinterpretation of ‘The Boxset,’ Looper have curated the database of their entire body of work as five separate CDs, themed by type and entitled lexiphonics, kinokraft, voxtrot, transmitte and melos.

Voxtrot n. A hybrid form, combining elements of the ‘lo-fi’ pop song with the production and beats of hip hop and R&B. [from L vox: voice, Br trot: to move}

Transmitte n. A hybrid form, combining the ‘lo-fi’ pop song with arrangements and beats from all fields of electronica. [from Gl.* transmitter: send out signals, broadcast]

Melos n. A form in which the song is central. Elements from 1960s Easy Listening, Pop and Soul are combined using contemporary techniques and production. [from Gk. melos: song, tune]
*Glitch