After the release of two EPs, Australian band Flyying Colours are set to release their debut album Mindfullness, out this September on Club AC30. Residing in a dream-world that sits somewhere between psych, indie, grunge and shoegaze.

Formed in 2011 in Brunswick by school friends Brodie and Gemma, they played every show they could week in, week out in Melbourne’s bustling inner north to finesse their sound. Debut single Wavygravy (2013) perfectly set the scene by truly capturing the unhinged essence of a Flyying Colours show.

Flying Colours have since spent the last year touring with label mates pinkshinyultrablast as well as Johnny Marr, Brian Jonestown Massacre and A Place To Bury Strangers, whilst singles “Not Today” and “Running Late” taken from their second EP, ROYGBIV garnered heavy rotation on various radio stations worldwide.

3. This is What You Wanted 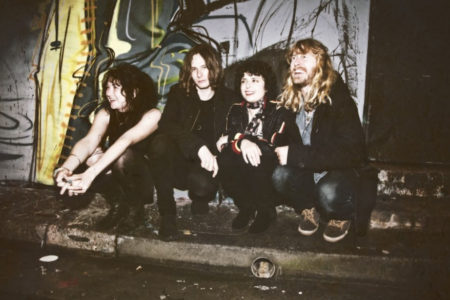