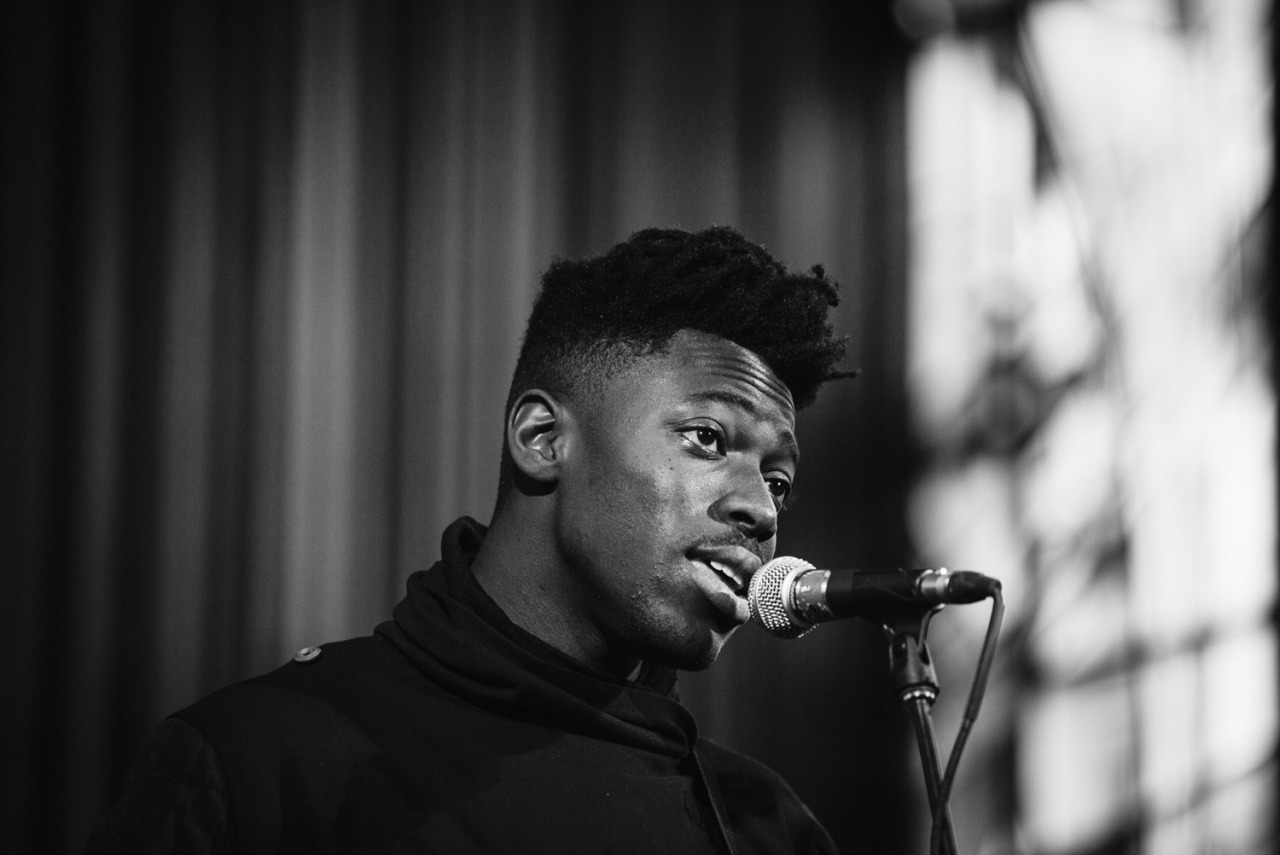 After the recent release of his new EP Lamentations, singer-songwriter Moses Sumney returns to share one more track from the release. “Lonely World” showcases Sumney’s inimitable knack for patient songwriting; slowly growing for over three minutes before fully revealing itself and reaching its climax. It also finds him exploring new sonic territory, incorporating drums, horns and even a performance from Thundercat on bass, Tosin Abasi on guitar, and Ian Chang (Son Lux) on drums.

The song’s release comes in the midst of Sumney’s current tour with James Blake in the US, which runs through mid October and is capped off with a pair of sold out headline church shows in London next month.

Over the past few years, Moses Sumney has released his debut EP, “Mid-City Island,” and 2015’s Terrible Records 7″, “Seeds/Pleas,” Moses has performed around the world alongside Beck, Karen O, Sufjan Stevens, James Blake and more.