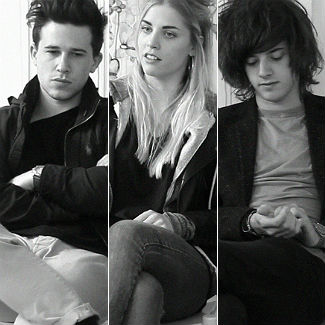 UK-based trio London Grammar – Hannah Reid, Dot Major and Dan Rothman – has announced the release of its highly anticipated debut album. If You Wait will be available digitally in the US on September 10 via Columbia Records. The album features 11 tracks (see tracklisting below) including the recently released Strong.

The album is a result of 18 painstaking months spent writing and recording. Heavily involved in every decision made on If You Wait, the band handpicked their team, co-producing the album with Tim Bran (The Verve, Richard Ashcroft, La Roux) and Roy Kerr AKA The Freelance Hellraiser. Roc Nation’s KD (Outkast, Beyoncé, Jay-Z) was drafted to mix the album, with Grammy-winning Tom Coyne (Adele’s 21) joining them to master.

London Grammar will spend the summer touring internationally before heading to the US and Canada for a number of dates in September and October. Kicking off September 25 at Los Angeles’ Troubadour, the tour will see London Grammar crossing North America with stops in cities including San Francisco, Chicago, Toronto and New York before ending in Boston on October 10.

Since introducing itself with near anonymous posts of two songs (Hey Now and Metal & Dust) late last year, London Grammar quickly captured the interest and, more importantly, the imagination of music fans across the UK and beyond. The tracks catapulted the band straight into the spotlight, with music critics and fans eager to see what they did next.