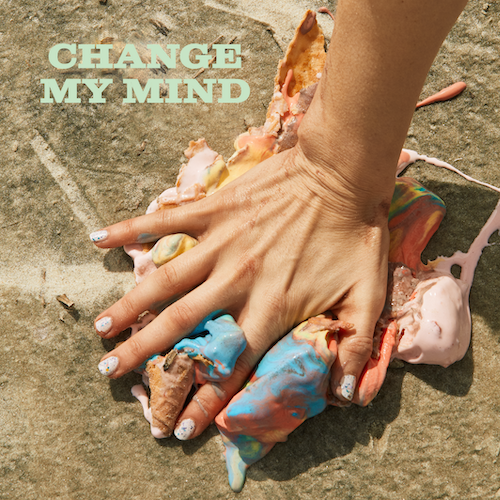 Liza Anne has dropped, her new single “Change My Mind,” the track is lifted form her upcoming release Bad Vacation, set for release on July 24th via Arts & Crafts Records.

Liza Anne on “Change My Mind:”

“Change My Mind is a chaotic puzzle of emotions of all the places I tend to go when I am angry and feel my back to the wall. I have a really hard time letting my guard down in conflict – I tend to get defensive and sensitive and throw my walls up. Where there is inflamed ego, there’s hardly room for understanding. This song holds hope of wanting the person on the other side to be there while you soften up, someone to challenge you to a place of connection, someone who is safe to grow in front of and with. I am so sad that I ever learned conflicts in relationships are something to be won – you’re on the same team. Winning is connection.”

Bad Vacation is described as a self aware account of the emotionally difficult years that followed Fine But Dying’s success. The album reflects on her teenage years where she broke free of a repressive religious environment as well as her later self destructive years and the healing that followed. Much of the album focuses on the time on tour and where, fresh out of an exhausting relationship, which took a considerable toll on both her physical and mental health, Liza found herself often at her lowest and gained the insight that she was behaving in a way she learned to be destructive. Liza said, “I was a wreck. I was on a bender for emotional safety, not knowing that I could be my own healing space.”

She underwent intensive therapy that led to painful reckonings and valuable epiphanies to write her way out of the panic and anxiety, writing odes to autonomy and self-respect and who she wanted to see in the mirror.

The album was tracked in Kyle Ryan’s studio, Wardenclyffe South, in Nashville (With the exception of “Devotion” and “Desire” which were tracked at Kingsize Studios and Chez JMJ), with her touring band (guitarist Robbie Jackson, bassist Josh Gilligan, and drummer Cody Carpenter), alongside Nashville musician, Lou Hayat who creatively contributed to the project, adding french spoken word vocals and synth parts.

East Beach For Fourteen Seconds
Bad Vacation
I Shouldn’t Ghost My Therapist
Terrible Discovery
Devotion
Change My Mind
Bummer Days
This Chaos, That Feeling
Oops
Desire
I Wanna Be There
Too Soon

Liza Anne has created a virtual retreat to accompany her album release, a ‘Bad Vacation’ micro-site – featuring a 1-800 hotline, reading list, playlist, bundles, and more at BadVacation.co. This is where you’ll learn – A Bad Vacation with Liza Anne is better than a good day anywhere else!