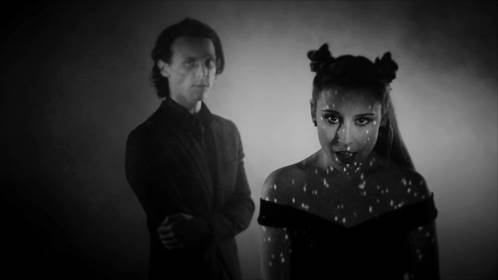 “A False Architect is actually the last track we recorded, from the same session as the new single Autumn. Though they ended up sounding very different, they actually came from a very similar place. Where Autumn deals with the difficult end of a relationship and the pain of moving on from it, A False Architect is about the false promises and breakdown of trust that lead to that moment.

It’s one of our favourite pieces of work and was really new and interesting for us to see just how stripped back we could keep it. We worked on it with Chris Coulter (Arcane Roots, Jamie Lenman, Arctic Lake) who helped us find that balance between the piano ballad side of the song and the dark electronics that bleed into it.”

Both growing up in a creative atmosphere, English was classically trained in piano and vocals, while Lloyd took guitar into successful industrial rock groups such as Ventenner. The two would work together for the first time in 2014, finding common ground somewhere between trip-hop, rock and electronic music. This unlikely meeting of styles would lead to the creation of the group’s dark yet accessible pop music, delivered with themes that move between fantastical escapism and pained reflection, leaving a classically haunting aftertaste.