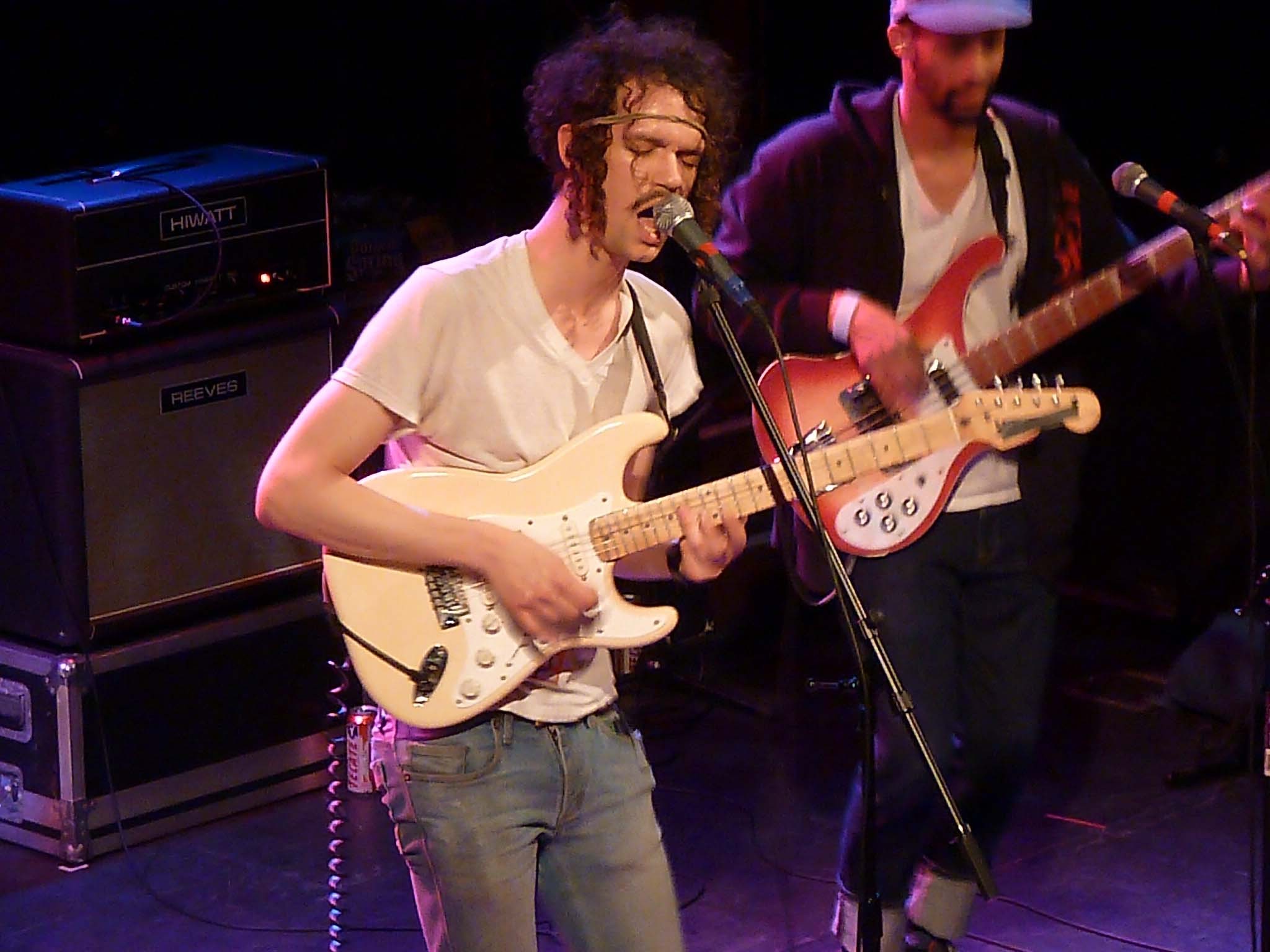 The push from the front of Baby’s All Right to the low ceilinged back room with its tiny decorated stage and puff of dry ice reveals the man himself, Darwin Deez, a slight figure in a thin white t-shirt, with wild hair and a confidence that gives him star appeal. His wizard-like intelligence and autodidact personality morphs into a sharp presence on stage who banters with the audience and steers his stage band effortlessly through his songs.

He starts off with “Constellations”, a mix of garage band vibe and seamless pop song, big drums and sassy bass. His appealing, distinctive voice calls out over the choppy guitar chords.
The sold-out show is filled with a crowd that knows all the songs. When Deez gets the room to sing along, there’s a mood of fulfillment that comes from a songwriter and performer going his own way and picking up followers. This group of fans is clearly delighting in his unapologetic style and musicianship as well as his trenchant take on the strange world outside. “Mixolydian, is that cool?” rouses a cheer from the room.

Like his latest tracks “Last Cigarette” or “Kill Your Attitude”, the first two to come off the new album, the wit of the lyrics matches the inventiveness of the songs, which skip along in a way that’s a cross between Ariel Pink and Squeeze mixed up with a lot of Lower East Side streetwise recognition of life’s little trip-ups, like giving up cigarettes, or a co-dependency that’s feels too good to let go.

Darwin Deez will release, Double Down, his third album, through Lucky Number on September 18. He’ll be touring this fall in the UK and Europe before returning to play more dates in the States.