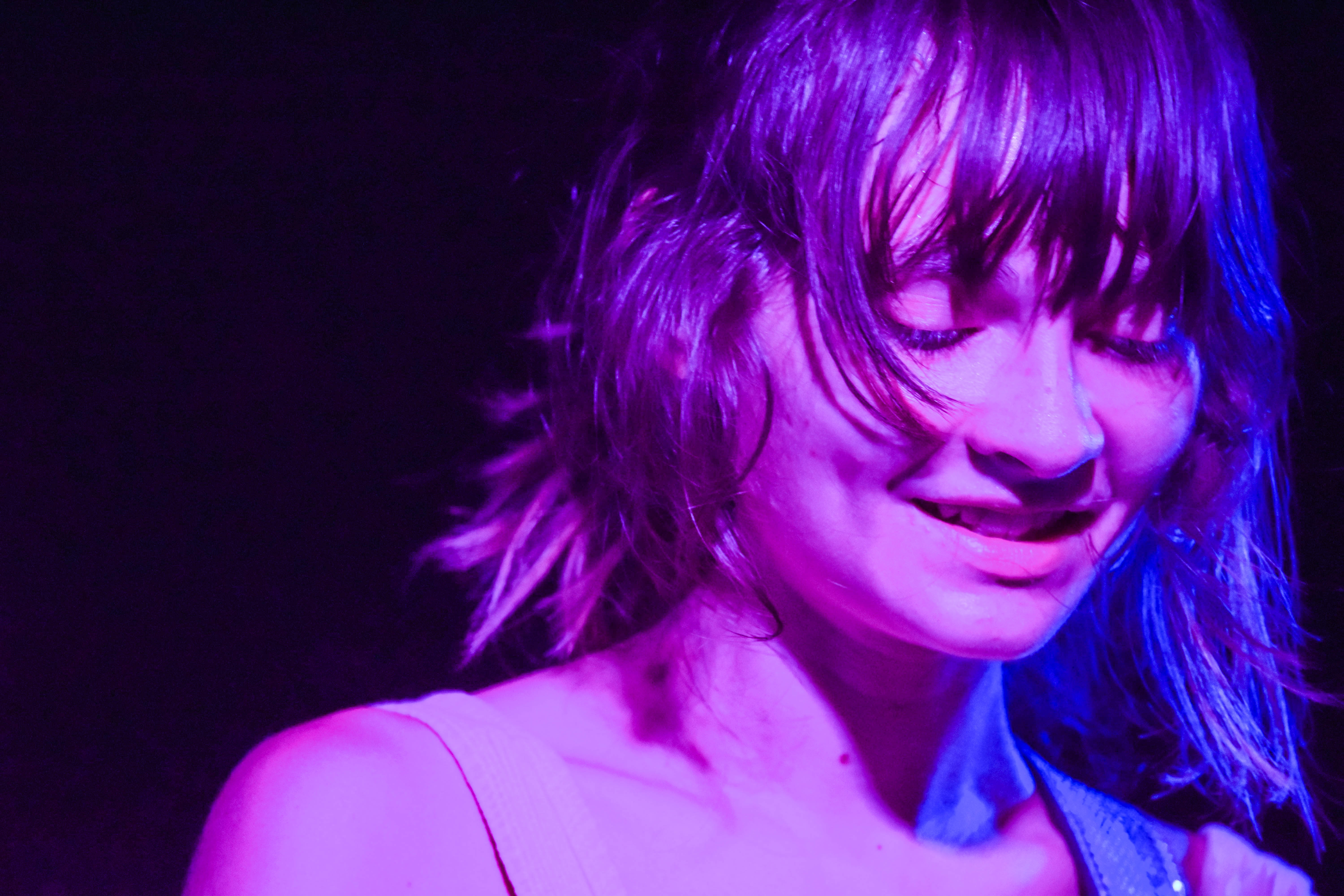 On August 31st, the night before the release of their latest single, “Told You I’d Be With The Boys,” Cherry Glazerr rocked out The Middle East in Cambridge, Massachusetts. The LA quartet, fronted by the young 19 year old Clementine Creevy, caught the attention of Burger Records in 2012 and the path to becoming a successful indie rock band was paved.

Cherry Glazerr opened their set with their most notable song, “Had Ten Dollarz.” The mood was set for a night full of dancing and sort of moshing as signs plastered around the venue clearly stated that moshing was not tolerated. The night and the set when on, and so did the classics. Amongst the band’s most decorated hits like “Grilled Cheese” and “Teenage Girl,” they added in a treat for the unexpected audience. The self defined “dreamy garage” band threw in their newest single “Told You I’d Be With The Boys,” which they have shorted to “Told You.” Not quite familiar with the lyrics yet, the audience kept up and the energy never shifted.

Clementine and the audience quickly formed a connection. Talking back and forth between songs, the rocker and part time teenager had the audience in the palm of her hands. “Boys with hats?” Clementine asked her friend and keyboardist, Sasami. Sasami, in agreeance, slyly lifted up her shirt and flashed the audience. The audience loved it.

The new song came accompanied by a new music video. Directed by Riley Blakeway, the “I Told You I’d Be With The Guys” video doubled as an announcement for the band. After previously releasing two albums with Burger Records, Cherry Glazerr is now signed on with Secretly Canadian.

Just coming off a full US tour with the indie rock band Gymshorts, Cherry Glazerr will be playing Desert Daze 2016 in Joshua Tree, CA.

Review and photos by Ashley Hoffman