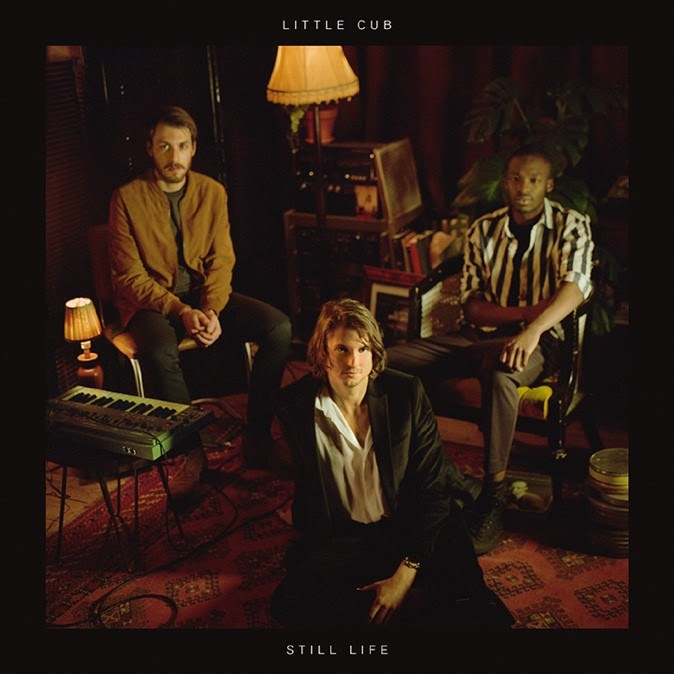 With their debut album Still Life out April 28th on Domino, south London trio Little Cub have shared a video for the latest track to be taken from the album, ‘Hypnotise’. Watch the video below. Directed by Kim Taylor, the new video’s cut-and-paste library imagery echoes vocalist Dominic Gore’s call to arms lyricism, romanticising a future beyond the common modern day dystopian view.

“We’re big fans of the way Adam Curtis, Mark Leckey or Elizabeth Price work with found footage to convey complex issues simply. It gives their films a sense of timelessness (these aren’t new issues, Orwell was talking about this 70 years ago) and a tradition that we thought was important because it combats the lethargy to feel part of something bigger, to feel less helpless, to feel less alone. You don’t have to be a shining example to be angry about what’s happening in society right now. Feeling powerless and apathetic because your voice isn’t heard or because you’re told you’re complicit isn’t a reason to be quiet. It’s a very British thing to be uncomfortable with over-sincerity but this stuff is everywhere and everyone is talking about it, so to ignore it entirely and just write songs about how great life is feels not only idiotic but also unrealistic.” – Dominic Gore